Caption Literature
An Ancient Greek Expressive Miniature Terracotta Head of a Priest of Serapis Wearing a Diadem
3rd Century BC
Size: 4cm high, 2.5cm wide, 3cm deep - 1½ ins high, 1 ins wide, 1¼ ins deep / 10.5cm high - 4¼ ins high (with base)
The worship of Serapis was developed in the time of the Ptolemies in Alexandria. The conception of the God was widely extended to include the Egyptians Osiris, the Greek Pluto, god of healing Asclepius and Zeus-Jupiter. This new worship together with the cult of Isis rapidly spread from Egypt over the Asiatic coast, the Greek Islands and Greece itself, and found a firm footing even in Rome and Italy in spite of repeated interference on the part of the state. Under the Empire, particularly in the time of Hadrian, it extended throughout the Roman world. Serapis was especially worshipped as a god of healing and his temples were connected with dream oracles which were much sought after. 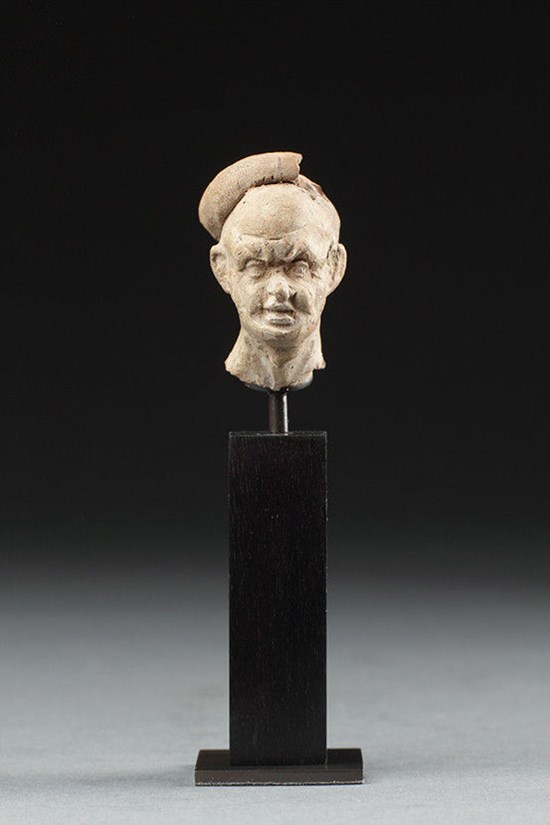 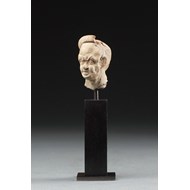 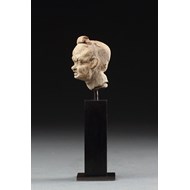 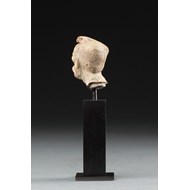 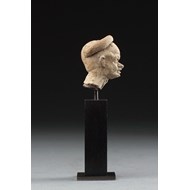 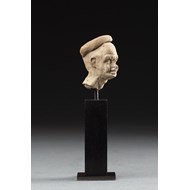 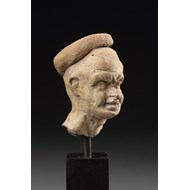 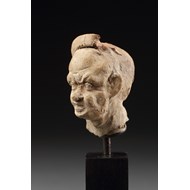