Caption Literature
A South Pacific Polynesian Society Islands Bonito Fishing Hook with a Shaped Shank of Mother of Pearl with Attached Mother of Pearl Hook Bound with a Double Hackle a Leader of Woven Plant Fibre Attached to a Length of Line
19th Century
Size: 18cm high - 7 in high / 30cm high - 11¾ ins high (with base)
The bonito was hunted from canoes with a long bamboo rod during a nine month period from October to June. C.H. Nordoff in his ‘Notes on the offshore Fishing of the Society Islands’ (Journal of the Polynesian Society Vol. 399, no’s 2 & 3) comments that after 8 years of fishing with the natives he is convinced that the bonito distinguish between the various shadings of the shank colours and can react to them. For this reason the fisherman generally carries a dozen hooks with him and selects the appropriate one according to weather conditions and the time of day ‘there will be one at which the fish will strike freely; yet all twelve have been chosen by an expert fisherman’. He also notes that old successful bonito hooks were prized not just for their utilitarian value, but because in the course of many years of catching countless numbers of fish they had acquired enormous and powerful ‘mana’. 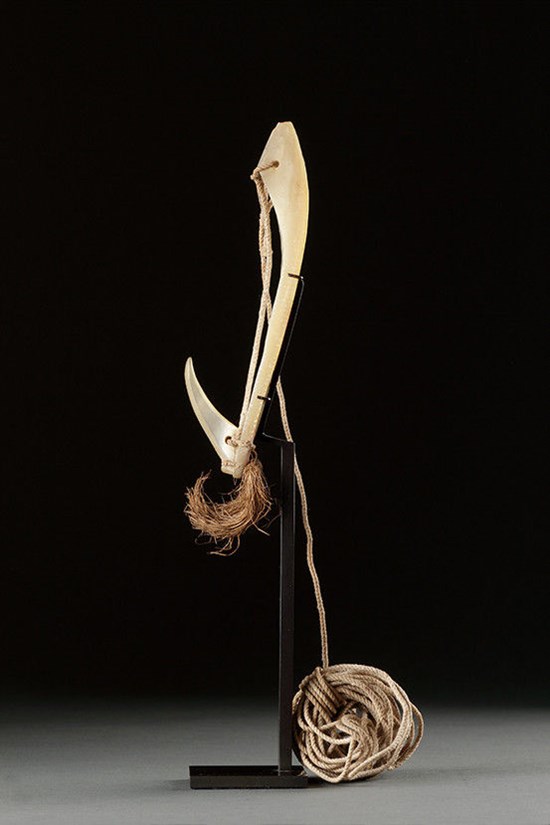 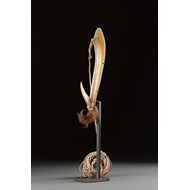 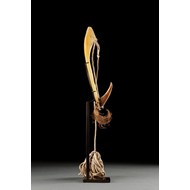 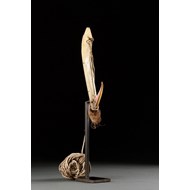