Caption Literature
A Large Japanese Carved Walrus Ivory Okimono of a Human Skull Surmounted by a Snail a Toad and a Snake ‘Memento Mori’
The eyes inlaid with horn
Signed
Meiji Period Circa 1900
Size: 6.5cm high, 7cm deep, 5cm wide - 2½ ins high, 2¾ ins deep, 2 ins wide
In Japan there is a proverb called the ‘San Sakumi’ which observes; the snake eats the toad, the toad eats the snail, but the slime of the snail means the death to the snake. Toads are always associated with Gama Sennin whose spirit is said to have entered a toad, hence his name ‘Gama’. Always caring for the toad he is believed to have invented an elixir to prolong life which he periodically administered to his toad.
Buddhists, as well as Christians, use the symbol of the skull as a vanitas or ‘memento mori’, a warning that in the end all physical beauty deteriorates into a skeleton. It is wise therefore not to be vain, but to concentrate on spirituality. 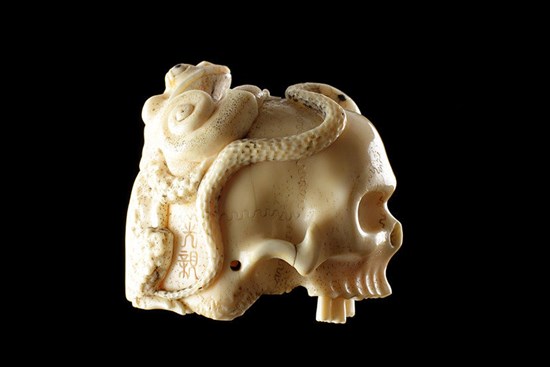 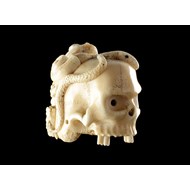 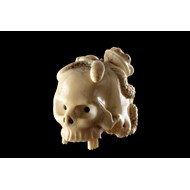 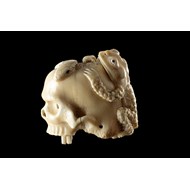 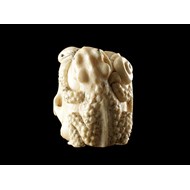 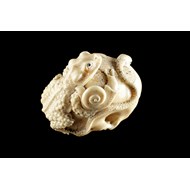 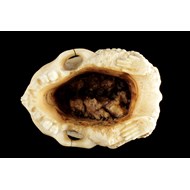