Caption Literature
A Rare Ancient Sardinian Nuragic Solid Cast Figure of an Archer Holding his Bow over his Shoulder Wearing a Leather Cap with a Long Plume
10th - 7th Century BC
Size: 6.5cm high, 3cm wide, 6.5cm deep - 2½ ins high, 1 ins wide, 2½ ins deep / 15cm high - 6 ins high (with base)
Sardinia is the second largest island in the Mediterranean where the Nuragic civilisation developed in the 18th century BC to the 2nd century AD. The name comes from the characteristic fortress or tower like constructions, seven thousand of which still dot the landscape and have become symbolic of Sardinia. The Nuragic civilisation was based on clans each led by a chief who lived in the complex Nuraghe tower whilst the people lived in village communities in straw thatched round houses. They traded widely and had links with the Mycenaeans, Spain, Italy, Cyprus and the Lebanon using efficiently built ships of up to 15 metres in length. It is now believed that they were the first bronze age people to practise viticulture in the western Mediterranean.
Sardinia was rich in metals which were mined and used to make bronze weapons and statuettes by the lost wax technique. These have been discovered in various sites on Sardinia as well as in the Greek colony of Crotone. Nuraghe bronzes portray the figures of chief-kings, artisans, musicians, wrestlers and fighting warriors. Their warlike society had precise military divisions that included archers and infantry men, all of whom worshipped mythological heroes by the names of Sardus, Iolaos and Aristeus who had been important military leaders. The troops wore different uniforms denoting the clan or military unit that they belonged to. Their hair was cut very short and often covered by a leather cap such as this figure wears. These bronzes were votive dedications representing aristocratic warriors and hunters with the shared characteristics of a square pouch over their chests, helmets or caps on their heads and their right hand extended forward in a gesture of offering. 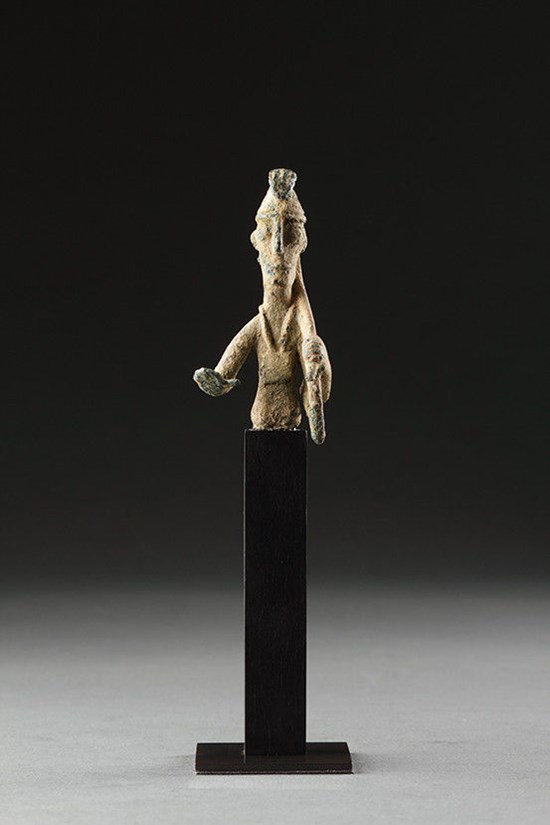 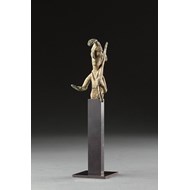 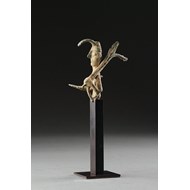 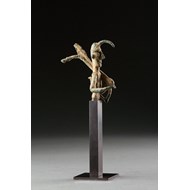 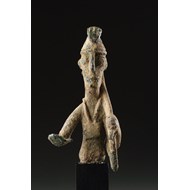 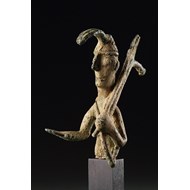 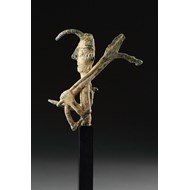 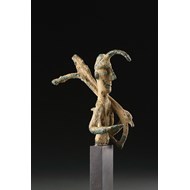 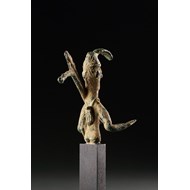 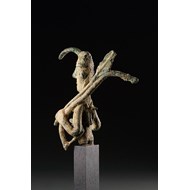