Caption Literature
Two Ancient Romano-British Bronze Votive Figures of the Hero Heracles / Hercules
Smooth brown patina
2nd - 3rd Century AD
Sizes: A: 9.5cm high - 3¾ ins high / 14cm high - 5½ ins high (with base)
B: 8.5cm high - 3¼ ins high / 13.5cm high - 5¼ ins high (with base)
Heracles was a popular figure with the ancient Greeks, who had a conspicuous predilection for semi-divine heroes. He was the greatest of the heroes in Greek mythology and of all his mythical contemporaries: Perseus, Theseus, Jason or Asclepius, he became the closest to full divine honours. Unusually he had no grave and so his remains did not belong to any one city or state, from the funeral pyre he translated directly to Mount Olympus. Without hesitation the Romans later adopted him as Hercules, the powerful god of physical strength who was especially worshipped by the Roman legions. 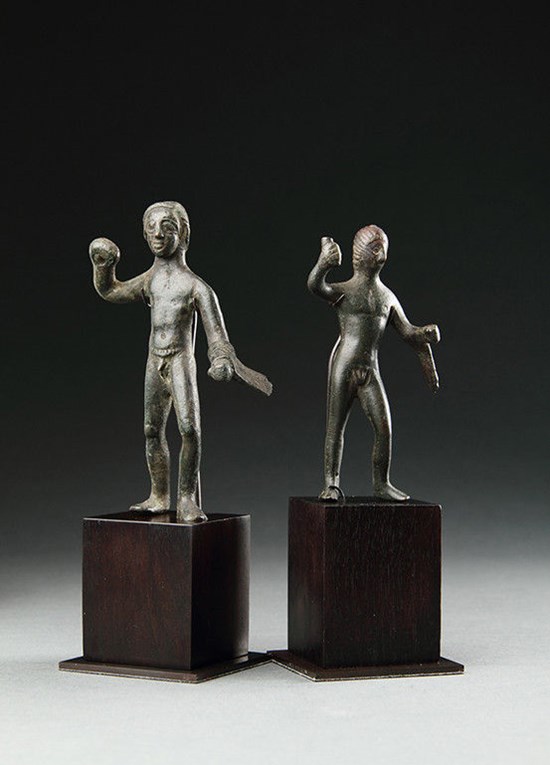 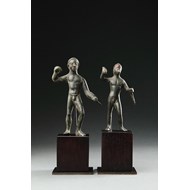 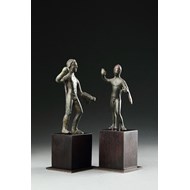 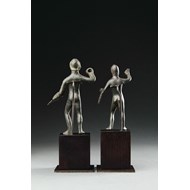