Caption Literature
An Unusually Large and Fine Kanak New Caledonian Bird Beaked and Headed War Club
19th Century
Size: 79cm high, 40.5cm deep, 12cm wide - 31 ins high, 16 ins deep, 4¾ ins wide
New Caledonian clubs come in a range of extraordinary shapes from phallomorphic to bird headed and in the early 20th century these Kanak weapons influenced and inspired sculptors such as Henry Moore (Studies of Sculpture from the British Museum pg. 105) and artists such as Max Ernst and Andre Breton. Clubs such as this were owned by high ranking men and would have signified their status as someone to be treated with respect.
Warfare was widespread throughout Island Melanesia until colonial influences bought it to an end after 1840. The particular kind of tactic practised consisted of ambush and other kinds of surprise attack. Ancestors were considered particularly important in supporting and strengthening the living during warfare, and so there was a critical need to secure the dead and wounded from the enemy as the physical remains contained the power to attract ancestors to the places where they were kept. To the Kanak, relations between the living and the dead were dependent on the bodies of the deceased. 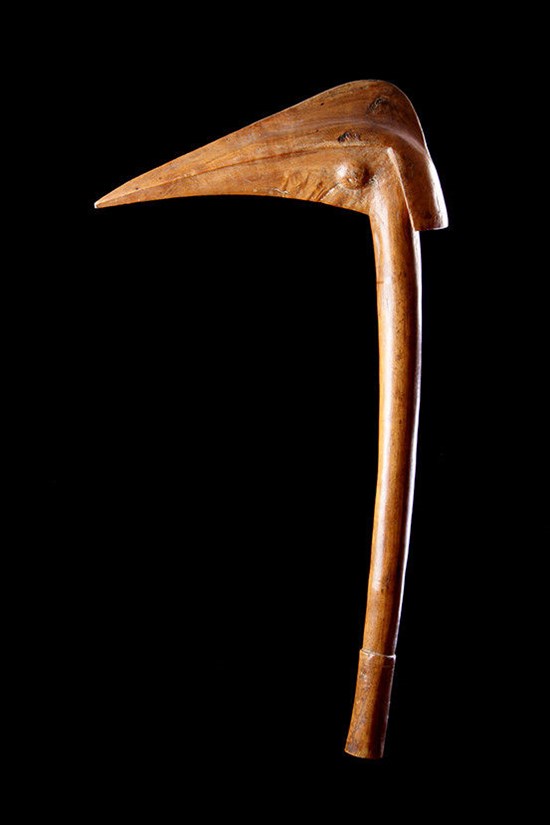 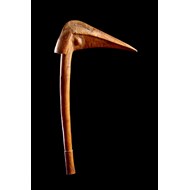 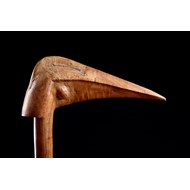 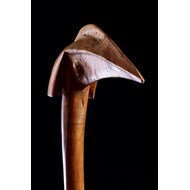 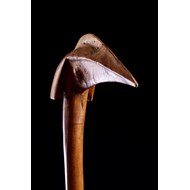 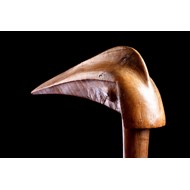