Caption Literature
Two Indo-Portuguese Turned Ivory Apothecary’s Mortars with their original Ivory Pestles
Age cracks and small chips to foot rims
Old smooth silky creamy patina
Late 17th – Early 18th Century
Sizes: A: 15cm high, 8.5cm dia. (max) - 6 ins high, 3¾ ins dia. (max)
18cm long - 7 ins long (pestle)
B: 13.5cm high, 8.5cm dia. - 5¼ ins high, 3¾ ins dia.
23cm long - 9 ins long (pestle)
The rapid development of the Portuguese ‘Estado da India’ was an astonishing accomplishment in view of Portugal’s relatively small size and great distance from the continent. Their desire to dominate the maritime spice trade took them to the Indian Ocean where in the 16th century they established their state headquarters in Goa, which remained in Portuguese hands until 1961. However, they never achieved a monopoly over the spice trade, and within decades the Venetians had revived their land based trade, but the Portuguese were unrivalled in the field of luxury goods. The works of art that survive from the period tell of extraordinary skills of the artists and craftsmen working in India and Sri Lanka. The Portuguese directed and instructed the manufacture of the exotic treasures many of which were exported back to Europe. 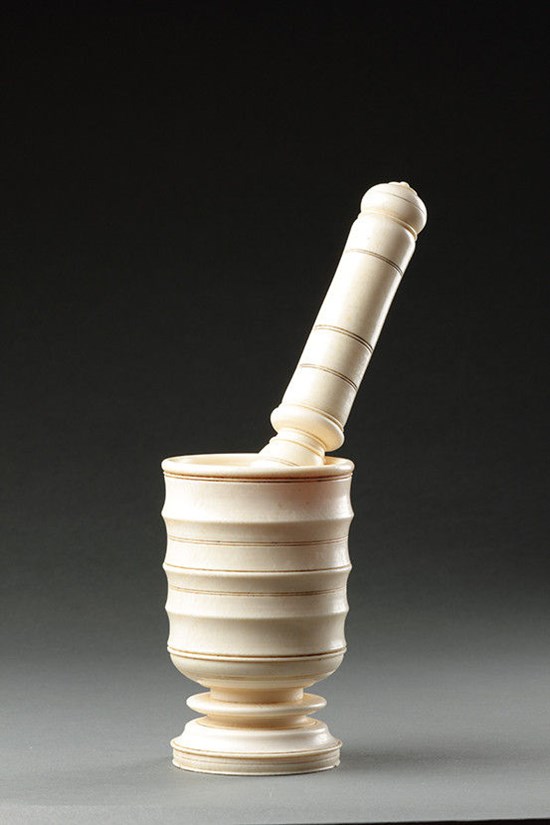 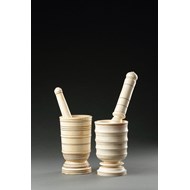 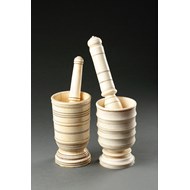 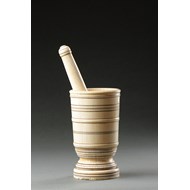 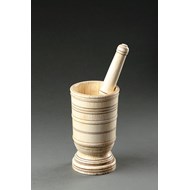 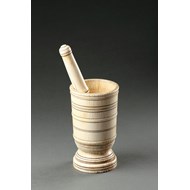 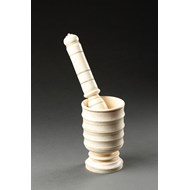 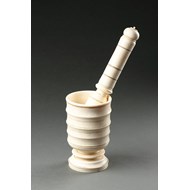