Caption Literature
A Rare Pacific Fijian Chief’s Ritual Flesh or Cannibal Fork ‘Icula Ni Bakola’ of Carved Hardwood
Contained in a cardboard box inscribed to the lid: ‘Cannibal Fork, Has Been Used, Brought Home From Fiji 1857 by Capt. J.P. Luce. H.M.S. Esk’
Old dark glossy patina
Early to Mid 19th Century
Size: 29cm long - 11½ ins long
(original cardboard box: containing fork, with inscription to lid) 31cm long, 8cm wide, 6.5cm high, 12 ins long, 3 ins wide, 2½ ins high
‘Icula ni Bakola’ means ‘fork for human victim’ and the eating of flesh, whether human or animal, presented a problem for priests and chiefs who were the living representatives of the gods and therefore in a ‘tapu’ state. Flesh from a human victim known as ‘puaka balavu’ or ‘vonu balavu’, ‘long pig’ or ‘long turtle’ was ritually eaten, as was pork and turtle meat, as a sacrificial offering. On these occasions special forks would be used, with the assistance of attendants who carefully manipulated them to avoid contact with the lips, to place the meat directly into the mouth. After their first use the forks were hung up as ‘tapu’ relics in the spirit house of the chief or priest to whom they belonged. Each was individually named and passed down through the generations.
After 1854 and the conversion of Chief Ratu Seru Cakobau to Christianity, followed by other neighbouring and subordinate chieftains, the ritual flesh forks were gradually made available for trade. Baron von Hí¼gel was visited in September 1875 by Chief Ratu Seru Cakobau who teased him by saying that on his recent trip to the mountains he ought to have been eaten: ‘This he illustrated by making the most hideous faces and catching hold of me with his hand by the chest, much like a poulterer would a fowl, to see if it’s fit for the table’ (Journals of Baron von Hí¼gel; 1990 pg. 147) 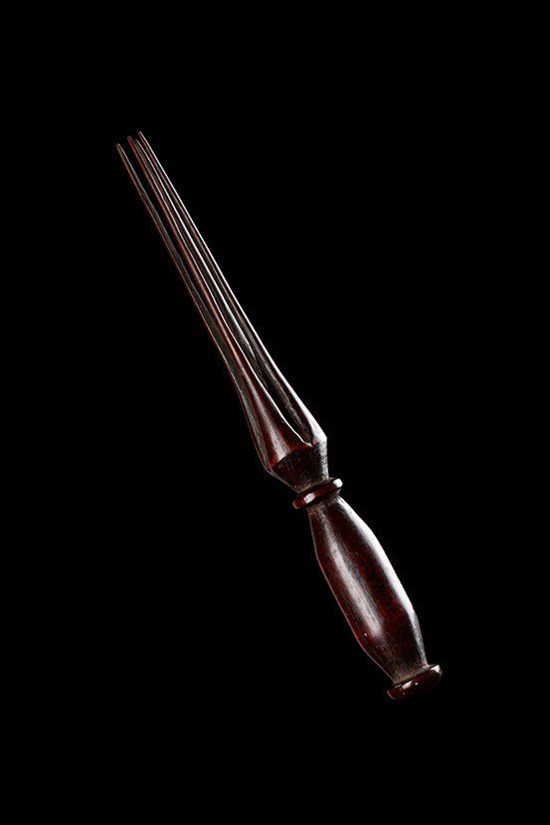 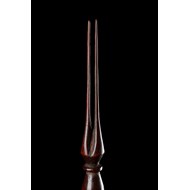 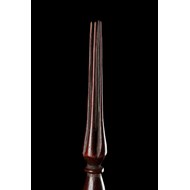 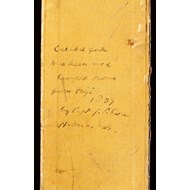