Caption Literature
A West African Nigerian Yoruba Female Skull of a Sacrificial Victim with Traces of Blue Paint
Early 19th Century
Size: 15cm high, 19cm deep - 6 ins high, 7½ ins deep
The occasion of a Yoruba King’s death was a time of dire distress in the palace as apart from those who were bound by their special office to die with the king, immolation was more or less indiscriminate in order to furnish the monarch with a large retinue in the next world. The Reverend Samuel Johnson, Pastor of Oyo in his book ‘The History of the Yorubas’ (Lagos 1921) reports that ‘nearly everyone tried to hide in every available nook or corner and even in the ceilings of their apartments’. It was also a time of mourning for the relatives of those who had received the ‘death cloth’ as it was called, for they knew that in the evening they would bury a relative who had been strong and healthy in the morning and up to the time the ‘fatal cup’ was taken. The ‘fatal cup’ was the favoured method of death by poisoning.
In 1886 the practise of human sacrifice was banned in many of the Yoruba regions of Nigeria which had traditionally taken place at the funerals of Kings and at the festival of a deity. 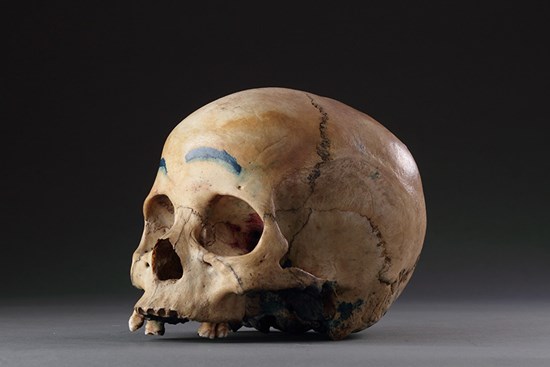 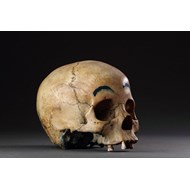 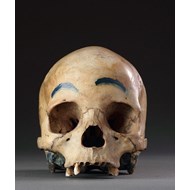 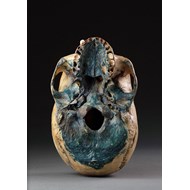 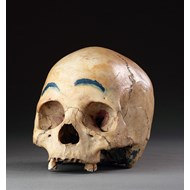 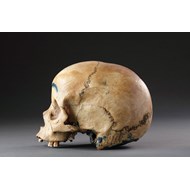 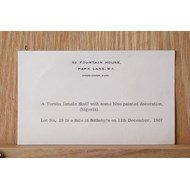