Caption Literature
An Ancient Egyptian Votive Bronze Statue of the Cat Goddess Bastet Holding an Aegis in her Left Hand
The right hand once holding a sistrum now missing
Old fine smooth dark brown greenish patina
Late Period 664 - 332BC
Size: 10cm high - 4 ins high / 16cm high - 6¼ ins high (with base)
The cat was important to Ancient Egypt both as a domestic pet and as a symbol of deities such as Bastet and Ra ‘the great cat of Heliopolis’. There were two indigenous feline species: the jungle cat ‘Felis chaus’ and the African wild cat ‘Felis silvestris libyca’ of which the jungle cat was only found in Egypt and southeastern Asia. The earliest Egyptian remains of a cat were found in a tomb at the Predynastic site of Mostagedda suggesting that the Egyptians were already keeping cats as pets in the late fourth millennium BC.
The ancient Egyptians held a number of animals to be sacred as the living manifestations of various gods. Sacred animal cults were overseen by their own priesthoods who cared for the animals and ultimately arranged for their mummification and burial. These cults grew in importance from the late New Kingdom onwards reaching a peak in the Late Period (747 - 332BC) when they formed an important part of the economy. The centre for the cult of sacred cats was at Tell Basta and Beni Hasan, with numerous galleries at the Sacred Animal Necropolis at north Saggara containing mummified remains. 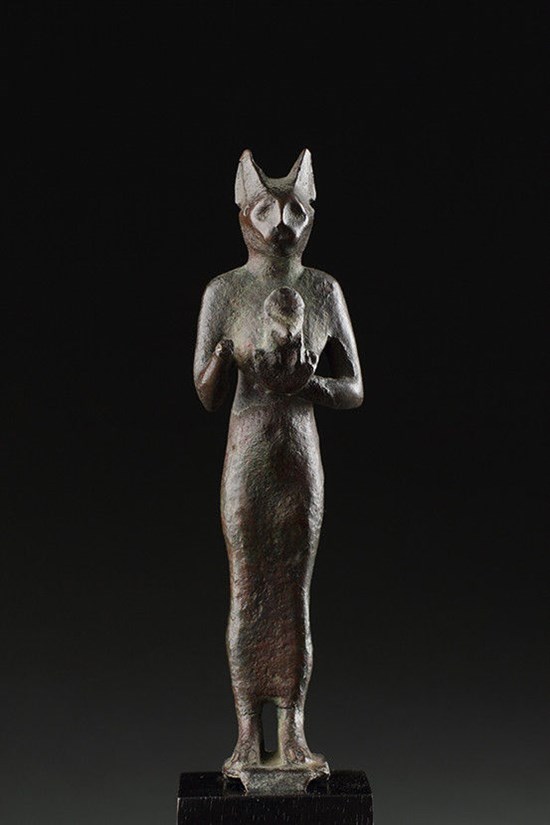 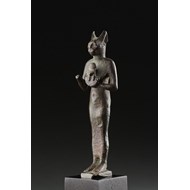 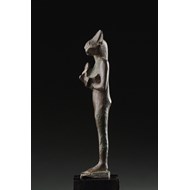 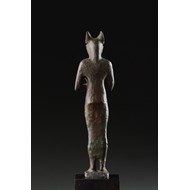 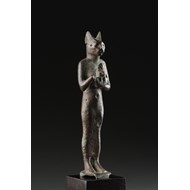 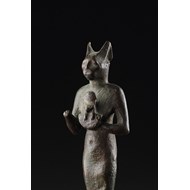 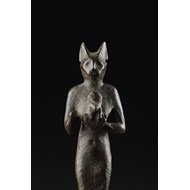 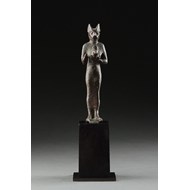 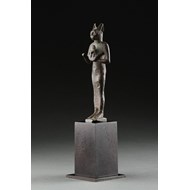 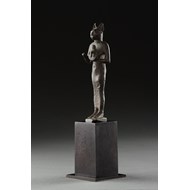