Caption Literature
The Antique Specimen of a Narwhal Tusk ‘Monodon Monoceros’
19th Century
Size: 106cm long - 41¾ ins long / 116cm high - 45¾ ins high (with base)
In medieval times the Narwhal was known as the ‘Unicorn of the Sea’ and during the Italian Renaissance Leonardo da Vinci wrote a treatise on how to capture unicorns. As the narwhal lived in the most inaccessible seas of the Arctic the myth of the unicorn persisted up until the end of the 18th century with the advent of the European whaling industry.
The Vikings hunted the narwhal and obtained tusks in trade from the Inuit. They sold these tusks as unicorn horns and said nothing about their true origin. The merchants who carried the tusks to Europe and the Middle East, to China and Japan, seldom knew that these horns were the enormously elongated teeth of an Arctic whale and if they did, kept the knowledge to themselves. It was, after all, in everyone's interest to maintain the unicorn legend. At the peak of its prestige and popularity unicorn horn was worth ten times its weight in gold. To the vast majority of people the existence of a beautiful white horse with a wonderful twisted horn vouched for by Aristotle, Pliny and the Bible seemed infinitely more believable than the existence of an Arctic whale with a long single ivory tusk. 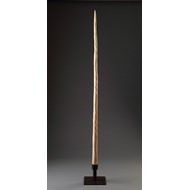 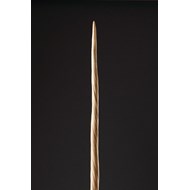 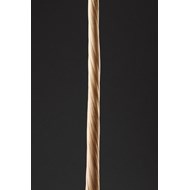 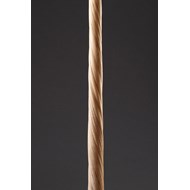