Caption Literature
An Unusual and Rare African Democratic Republic of Congo Carved Ivory Portrait Figure of a Black Protestant Missionary his Hair Tied in the Portuguese manner beneath a European hat lace up leather shoes upon his feet his teeth filed
Late 19th Century
Size: 21.5cm high - 8½ ins high / 28.5cm high - 11¼ ins high (on old base)
13cm dia. - 5 ins dia. (base approx)
To the Congo peoples their world of imagery was manifested in visible gods, but the white man’s missionaries taught them belief in one god capable of definite and sharp presentation neither in person nor in picture, and so knowledge of such as god was a difficult matter. Consequently many preferred, instead of making figures of this new far-off god, to make sculptures and images of the missionary in their midst. During the last decades of the 19th century Catholic and Protestant missionaries from both Europe and America began to visit the interior of the Congo in some numbers, and the old Catholic syncretic beliefs that previously existed in the 18th century along the Atlantic coast were resurrected through their efforts. Many converted to this creed and the Congo artists began to produce ivories depicting the Virgin Mary and Christ Child, Crucifixion scenes and figures representing the missionaries, both white and black. All of these sculptures were purchased by both the peoples of the Congo and the expatriate communities, many when they left for home taking the figurines with them, symbols of their colonial presence in Africa. 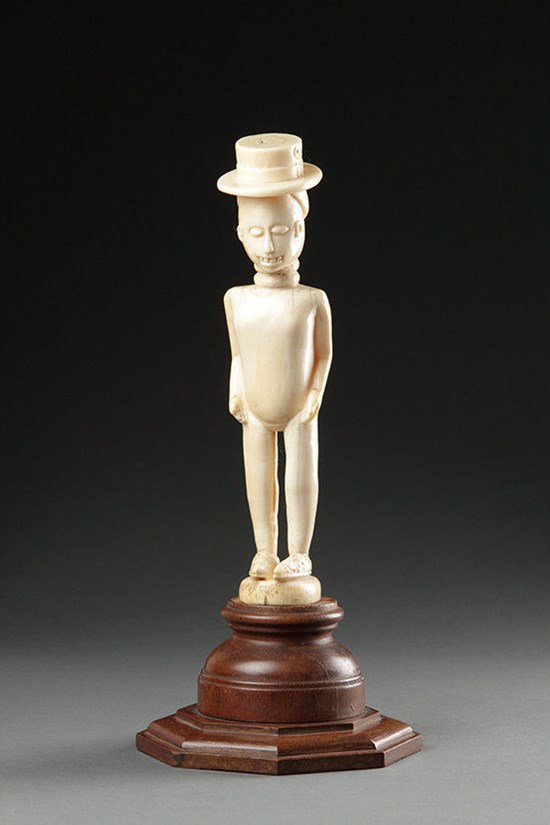 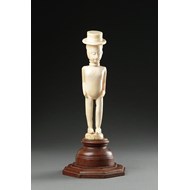 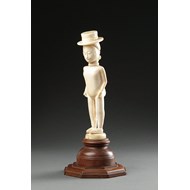 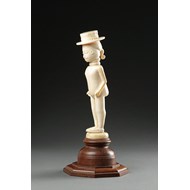 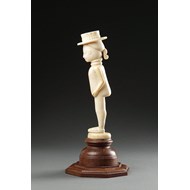 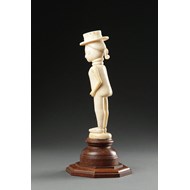 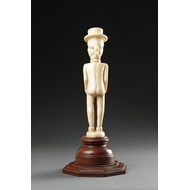 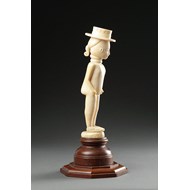 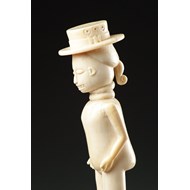 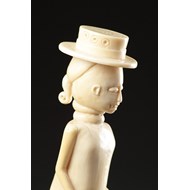