Caption Literature
A Rare Tibetan or Northern Nepalese Terracotta Head of the Wrathful Deity ‘Panjara Mahakala’ the Lord of Death and the Great Power of Time with Bulging Eyes and Snarling Mouth Drawn Open to Reveal Delicate Fangs wearing a Fiery Crown set with Four Human Skulls an Image of the Buddha to the Centre Entwined Snakes about his Neck
Traces of red pigment and gilding
Some old losses and old Tibetan repaired crack
17th Century
Size: 34.5cm high, 31cm wide, 15cm deep - 13½ ins high, 12¼ ins wide, 6 ins deep
Fierce Mahakala is one of the eight Dharmapalas and has remained a popular deity with Tibetans. His favourite habitat is the cremation ground and is always depicted with leaping flames in the background. He is often given a shrine of his own in monasteries and is worshipped in many different forms, with this one being the most usual.
In Buddhism the supreme vow is to undertake to attain enlightenment. To neglect this vow is to fall again into ‘Samsara’, the cycle of birth, death and rebirth over which ‘Panjara Mahakala’ presides. Under his guise of the ‘Great Power of Time’ he represents the absolute impermanence and unreality of the conventional world of separate things. 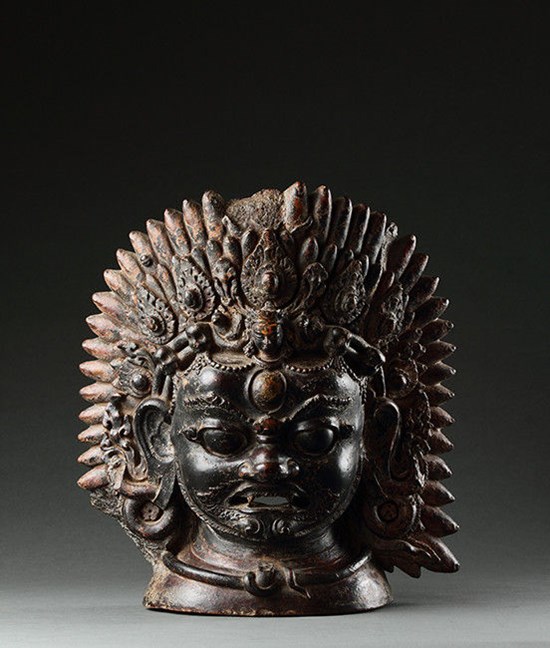 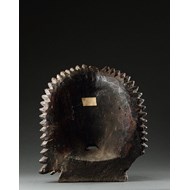 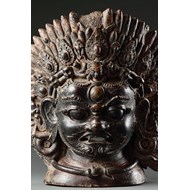 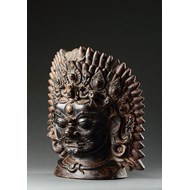 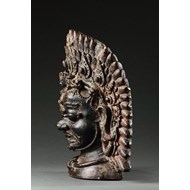 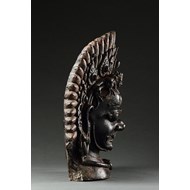