Caption Literature
A Native American Central Plains Cheyenne Knife Sheath decorated with a geometric design formed of glass beads sewn on deer hide with tin cone and horse hair tassels
Fine and original condition
Circa 1860 - 70
Size: 43.5cm high, approx: 9cm wide - 17 ins high, approx: 3½ ins wide / 44.5cm high - 17½ ins high (with base)
Across the northern states of America the fur trade initiated a dynamic stream of people and goods which accelerated the communication and diffusion of art styles. Ideas and motifs rippled back and forth across the country and were carried down the major rivers by traders. Both Native and Euro-American traders ranged across huge distances; it is known that some Iroquois fur-traders penetrated as far as Western Canada.
The fur traders bought the tradition of wearing a knife on a belt around the waist to the native American tribes. The blade was often of traded British Sheffield steel, but the decoration on the sheath was wholly indigenous and unique to the American Indians. Amongst the Cheyenne the production of beadwork was restricted to women who formed craft guilds. 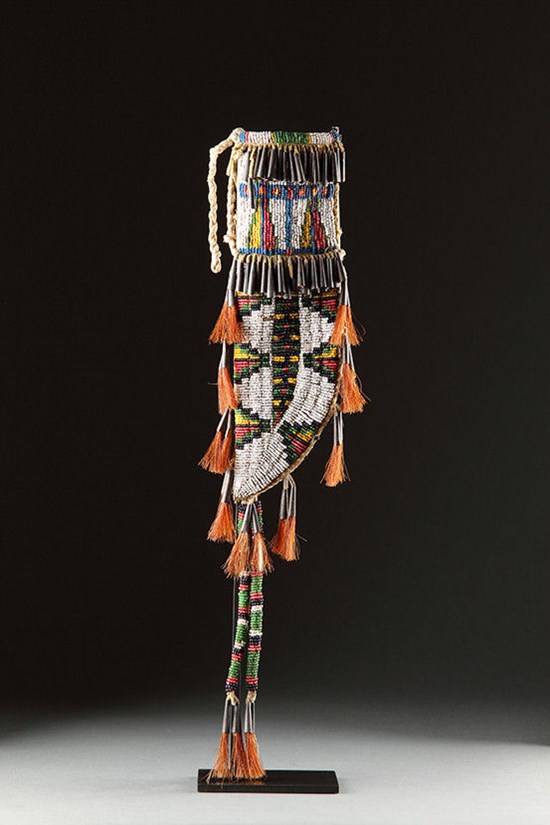 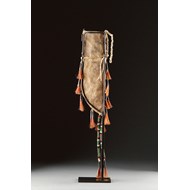 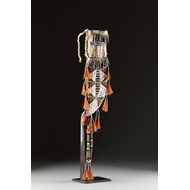 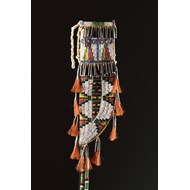