Caption Literature
A Rare French Dieppe Carved Ivory Figure Group Portraying the Emperor Napoleon I with his Wife Marie-Louise and his only Son Joseph-Francois-Charles crowned ‘Roi de Rome’
Standing on an Empire Stool
An ivory plaque to the Ebonised plinth entitled ‘Famille Bonaparte’
Circa 1812 - 14
Size: 16cm high, 11cm wide, 6.5cm deep - 6¼ ins high, 4¼ ins wide, 2½ ins deep / 28cm high - 11 ins high (with base)
In 1809 Napoleon divorced his first wife Josephine, who was childless, and married the Archduchess Marie Louise of Austria. His longed for son was born in 1811. In 1810 Napoleon had visited Dieppe with Marie Louise and it is documented bought an ivory ship from Louis-Charles-Vincent Belletíªte. In the early 19th century there were more ivory carvers at work in France than in any other European country, and their standing was enhanced when Napoleon’s client Kings and court nobles flocked to Paris to consume French goods. Paris and Dieppe rapidly attracted ivory workers from other countries such as the aged and famous Giuseppe Maria Bonzanigo (1744-1820) who had worked all his life in Turin, Italy, which Napoleon added to the French Empire. At the request of the Empress Marie Louise, Bonzanigo constructed a coin cabinet, now in the Louvre in Paris, of ebony and ivory ornamented with a portrait of Napoleon’s second Empress, imperial emblems and allegorical figures. 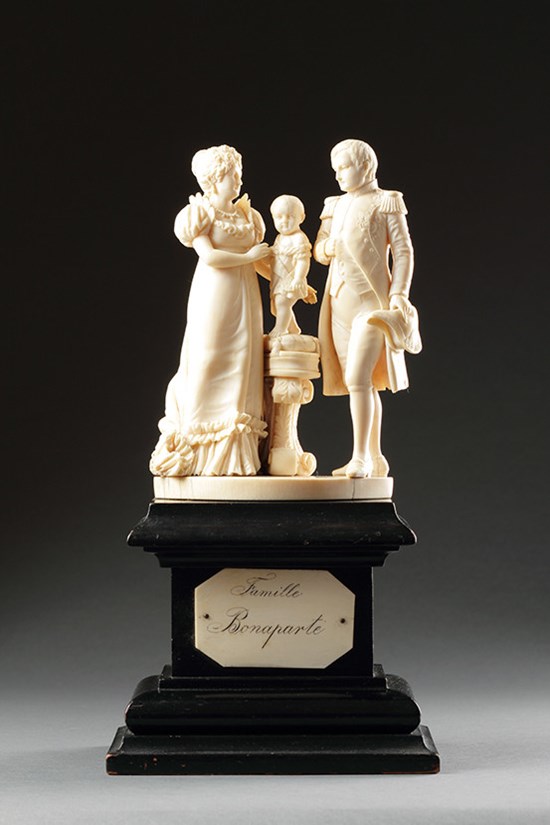 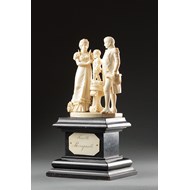 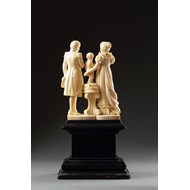 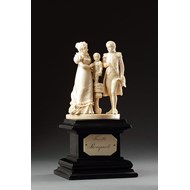 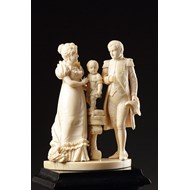 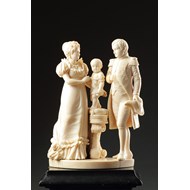 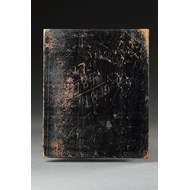 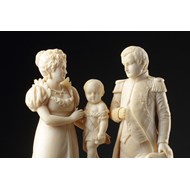