Caption Literature
A Fine and Rare Japanese Netsuke in the Form of a Working Model of a Western Wall Gun with a Gold Inlaid Iron Barrel and Wooden Stock with Matchlock Mechanism
A loose metal ring acts as the ‘Himotoshi’
Unsigned
Circa 1800AD
Size: 6.5cm long - 2½ ins long / 7cm high - 2¾ ins high (with base)
In the 16th century the Portuguese introduced tobacco and pipe smoking to Japan and by the end of the 17th century every well off Japanese man wanted to carry a tobacco pouch and pipe case. Netsuke were needed to hold these inside their clothing and the earliest produced in any quantity were the carvings of tall figures in wood and ivory that represented the Dutch and Chinese merchants who lived segregated in Nagasaki, or of the Taoist Immortals called ‘Sennin’, or the Buddhist saints known as ‘Rakan’.
The Chinese had long used toggles of hard-stone and seals of carved ivory that were often surmounted by a carving of a lion dog or other auspicious creature. After 1720 when Japan lifted the ban on the importation of foreign books, Japanese craftsmen began to copy the images they saw of these and other curiosities, such as the Goanese carvings of the Christ Child and Chinese nude medical figures. All of which set a fashion in Japan for ivory that had not previously been greatly used as a material. 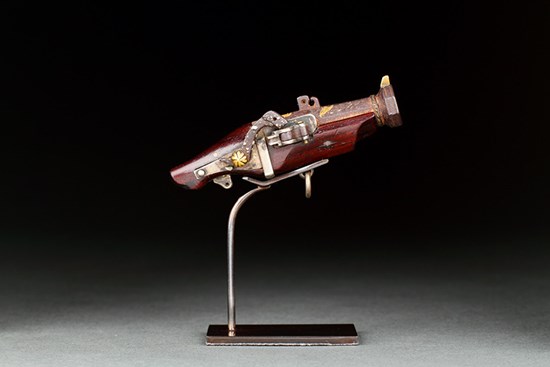 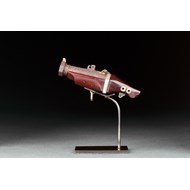 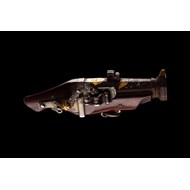 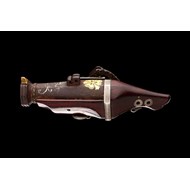 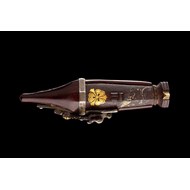 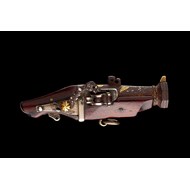