Caption Literature
An Exceptional New Zealand Maori ‘Taiaha’ of early form the long flared blade terminating in a stylised projecting tongue shaped head decorated with scrolling ornament three eyes retaining haliotis shell inlay
Marked ‘Hooper no. 236’
Old dark brown silky glossy patina
Late 18th – Early 19th Century
Size: 198cm long, 9.5cm wide - 78 ins long, 3¾ ins wide
Fighting to the Maori was an integral part of life and every adult male became a warrior when circumstances demanded. Rigorously trained from youth in martial exercises and weaponry, the emphasis was on individual hand to hand combat. Success was entirely dependent on speed and agility as no defensive armour was ever used. There were prescribed fighting techniques for each weapon and the ‘taiaha’, a type of quarterstaff, was wielded with both hands in a variety of thrusts, parries and feints. The carved, distorted, double-faced head with a point representing a tongue issuing forth in the typical Maori gesture of defiance, was used as a distraction thrust into an opponent’s face in order to permit a blow with the flattened narrow blade. When the ‘taiaha’ belonged to men of rank it also served as a chiefly staff of office. 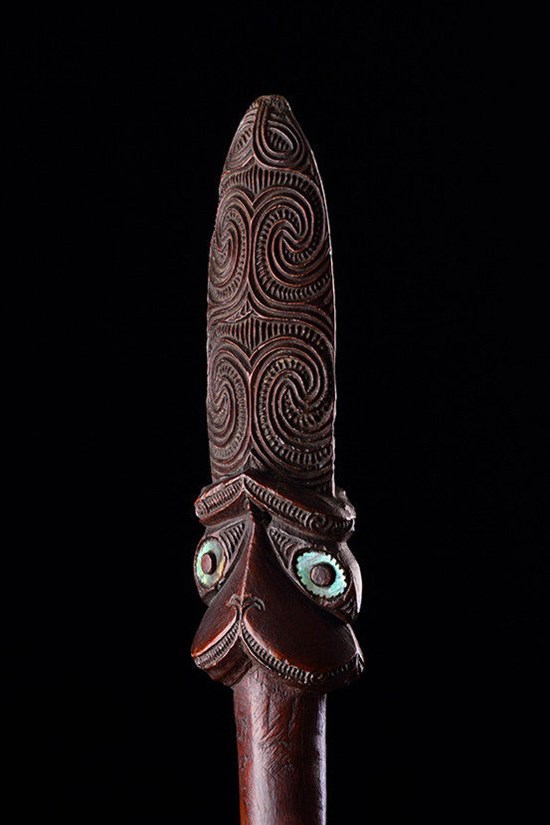 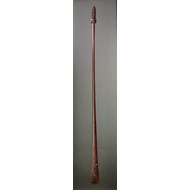 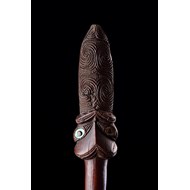 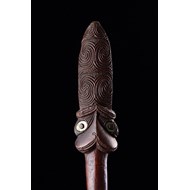 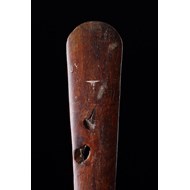 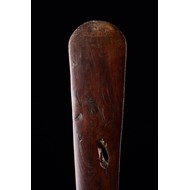 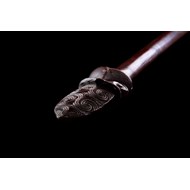