Caption Literature
A Sharkskin Covered Specimen Box Containing a Collection of Dolphin Teeth
Old paper label inscribed ‘Teeth of the Dolphin Grindelval from Westmanshaun Bay Faroe Islandsâ€¦.’
Early 19th Century
Size: box: 2.5cm high, 6cm wide, 4cm deep - 1 ins high, 2¼ ins wide, 1½ ins deep
Long ago, a native of Poros in Ancient Greece called Coeranus watched as a group of dolphins fell into a net and were captured at Byzantium. He gave their captors money as a ransom and set them at liberty, and for this he earned their gratitude. He is said to have been sailing in a fifty oar-ship with a crew of Milesians when the ship capsized in the strait between Naxos and Poros, all were drowned save Coeranus who was rescued by dolphins, seemingly repaying this good deed. They swam with him on their backs to a headland where there is a caverned rock, and this spot is now called Coeraneus. Later when he died his body was put on a pyre by the seashore whereupon the dolphins assembled and observing from some point, as though they were attending his funeral, watched the body ablaze and remained at hand until only ashes were left and then swam away. (Aelian 210 AD ‘On The Characteristics of Animals’) 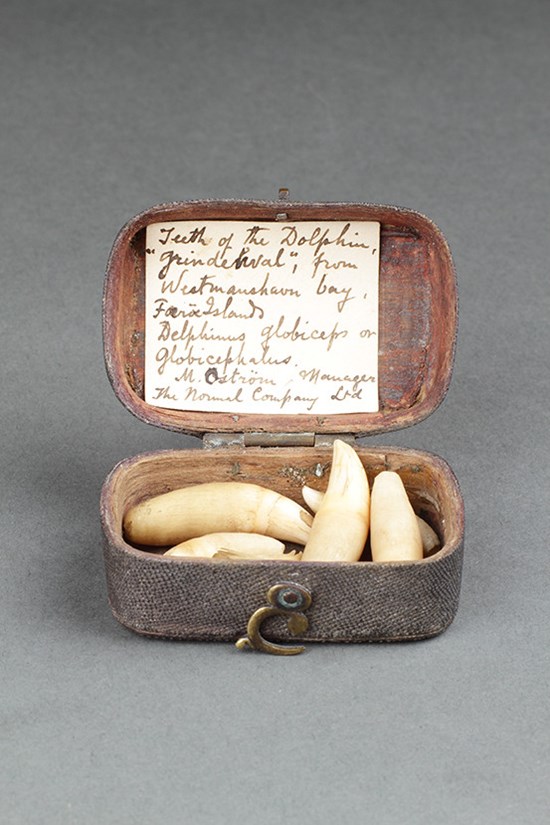 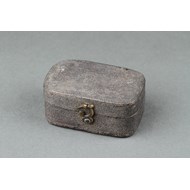 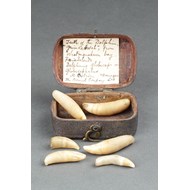 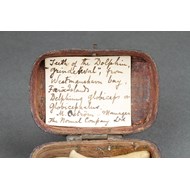