Caption Literature
An English Exceptional and Large Cut Steel and Ebony Corkscrew with Fluted Wire Helix the Handle Fitted with a Badger Hair Brush
Perhaps made for display at the 1851 Great Exhibition
Mid 19th Century
Size: 27.5cm high, 20cm wide - 10¾ ins high, 8 ins wide
Corkscrews came into use many centuries after the original cultivation of the vine. Their origin is shrouded in mystery and myth; such as that of the god Bacchus forging before a raging fire, a wire to imitate the curling tendril of a vine. No inventor is known, but it is thought that the idea may have come from the worm associated with bullet extractors for firearms around 1630. It is mentioned in a commission of 1631 ‘Gun Maker’s Rates’ drawn up under Charles I as an accessory supplied with muskets, firelock and horseman's pistols, harquebuzes and carabines, and these worms continued to be used for muzzle loading firearms until the 19th century. Indeed, the steel toy manufacturers of Birmingham such as Robert Jones & Son who registered the first design for a corkscrew in October 1840, are known to have produced both gun-barrel screws and corkscrews.
The corkscrew may have been an English invention due in part to the nation’s preference for old fine wines. Historically these were matured entirely in casks, but later came to be aged in bottles. The earliest known reference to a ‘steel worme used for drawing corks out of bottles’, is in 1681, but it would seem such an instrument was in use for some time before that. In the ‘Treatise of Cider’ of 1676 J. Worlidge recommends bottling as the only way to keep cider and describes the binning of tightly-corked bottles on their sides. So in all probability corkscrews were first invented for use with the juice of the apple, and not that of the grape. 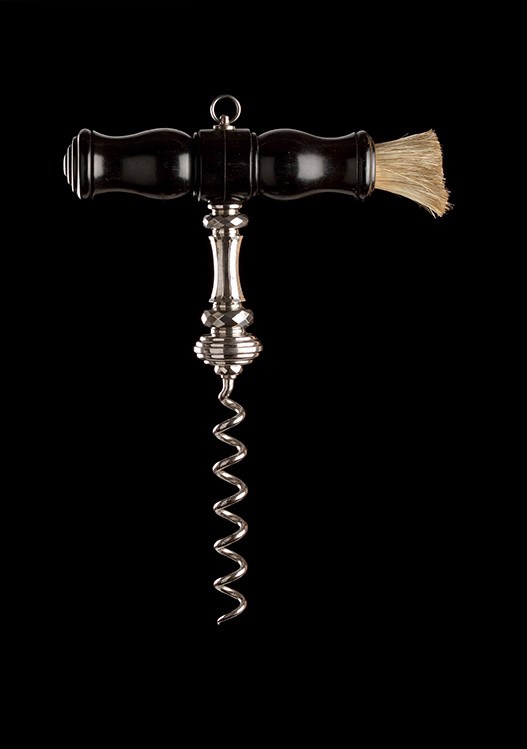 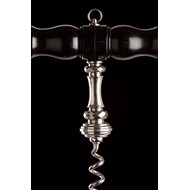 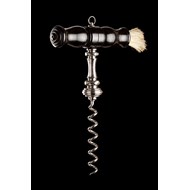 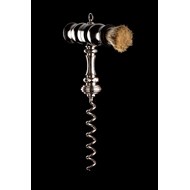 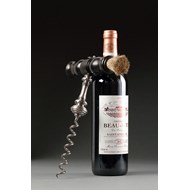