Caption Literature
A Rare Mongolian Chinese Golden Altai Eagle Hunting Bonnet a Jade Amulet in the Form of a Bear Attached to the Leather Plume and a Distinctive Cut Leather ‘Ruyi’ Head Flap to the Rear
Early 19th Century
Size: 9cm high, 7.5cm wide, 10cm deep - 3½ ins high, 3 ins wide, 4 ins deep
The idea of hunting with birds of prey is said to have originated around 3500 years ago among the hunting nomads of the Central Asian Steppe. In the open plains birds of prey were much more useful as ‘hunting equipment’ than any other weapon known at that time. By 945 AD the nomadic Khitans from Manchuria conquered part of north China and although the rest of China was ruled by the Song Dynasty, they were never able to completely control the Khitan, and for 300 years the Song paid tribute to the Khitan to stop them from taking additional territory. Over time the Khitan assimilated much of China’s culture, but they retained many nomadic traditions including that of hunting with eagles.
In 1857 Thomas Witlam Atkinson whilst exploring in Mongolia describes being taken to hunt with an eagle: ‘The Sultan and his two sons rode beautiful animals. The eldest boy carried the falcon which was to fly at feathered game. A well mounted Kirghis held the bearcoote (a large black eagle) chained to a perch which was secured into a socket on his saddle. The eagle had shackles and a hood and was perfectly quiet’. (T.W. Atkinson Oriental and Western Siberia 1857)
Eagle hunting is now practised in Mongolia by the Kazakhs who fled their native country during the Communist period. They continue to hunt in the traditional way on horseback. The trained eagles taking as prey foxes and wolves mostly in the Winter season when their fur stands out against the white snow. 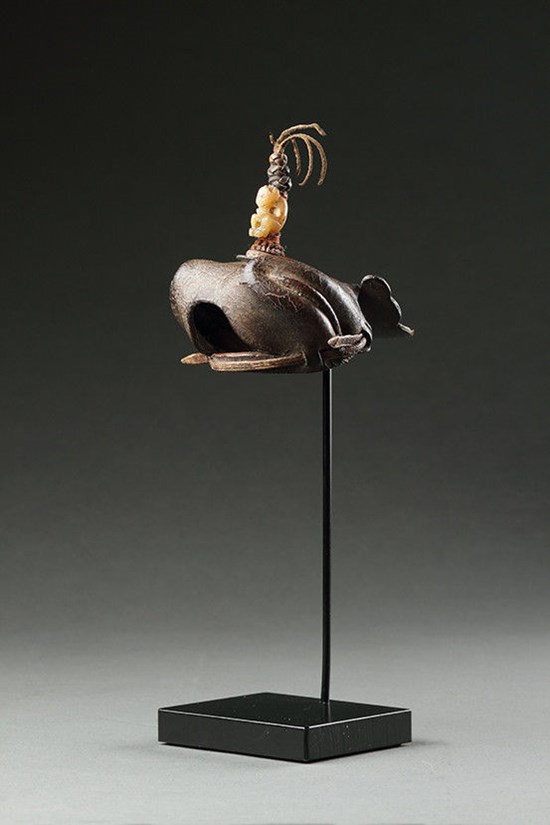 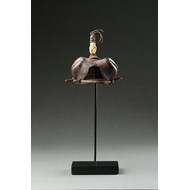 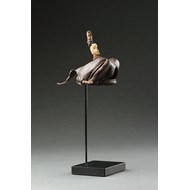 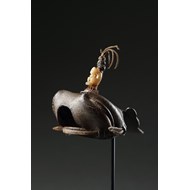 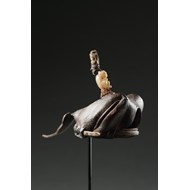 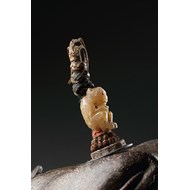 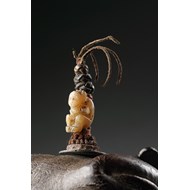 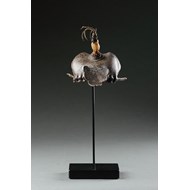 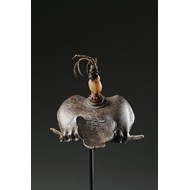