Caption Literature
A Rare Native American Eastern Woodlands Iroquois Seneca False Face Dance Mask
Traces of original red polychrome
Old worn smooth used patina
Mid 19th Century
Size: 23.5cm high, 13.5cm wide - 9¼ ins high, 5¼ ins wide
Wood masks such as this were used by members of the ‘Hadigonsa Shano’, a group of ceremonial masked dancers charged with curing sickness. False face masks were carved from living trees. The craftsman would burn tobacco at the base, offer prayers and carve the face into the standing trunk. Only when the mask was near completion would he cleave away the sculpture to hollow it out and paint its features. Traditionally red painted masks were carved from the tree in the morning and black ones in the afternoon.
Believed by the Iroquois to possess animal spirits, the masks were fed regularly and then carefully wrapped and placed face down when stored.
Amongst the five Hodenosaunee nations, or Iroquois, consisting of the Mohawks, Oneidas, Senecas, Cayugas and Onondagas, spiritual life was strong, pervasive and highly organised throughout their society. It included a priesthood of men and women, keepers of the Faith, who supervised religious rites and various secret organisations that performed the curing and other ceremonies. Like many native Americans, the Iroquois believed that the spirits of all humans were joined to those of the objects and forces of nature. In addition that a human’s own inner spiritual power, called ‘Orenda’ combated the powers of evil that could harm the individual as well as the rest of the people. 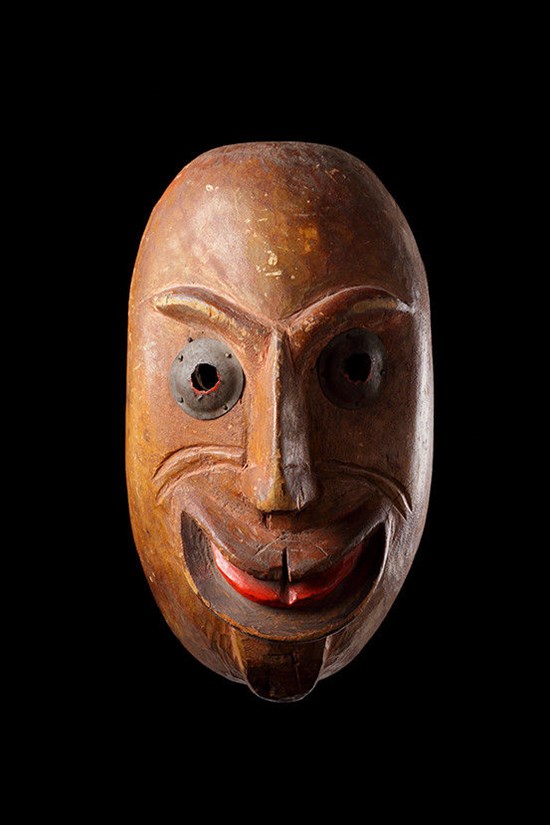 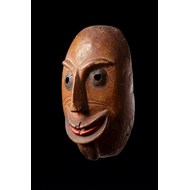 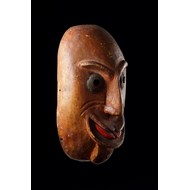 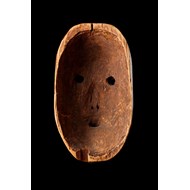