Caption Literature
A Rare Pre-Contact New Zealand Maori Wooden ‘Wahaika’ a Sharp-Edged Short Hand Club carved with a small Tiki
The neck with a hole for a wrist thong the butt with traces of a worn masked head
Fine old smooth silky patina
18th Century
Size: 38cm long - 15 ins long
European influence was minimal before the arrival of Captain Cook who first sighted the North Island on 6th October 1769. On the ship ‘Endeavour’ Cook then circumnavigated the islands until the end of March 1770 in order to produce a thorough survey which was used primarily to establish whether they formed part of the elusive ‘Great Southern Continent’. On the second voyage the islands became a base for extensive South Pacific explorations and a longer period of time was spent there at Dusky Sound and Queen Charlotte Sound. During the third voyage sailing eastwards from Tasmania he called again in early 1777 whilst en route to Tahiti and the west coast of America. It is interesting to compare and distinguish between the objects collected on the three voyages as the later ones appear to have been influenced by European tools, ideas and values. The narrow form, the rudimentary lateral figure and the conically pierced hole are all features that point to a mid 18th century, pre-contact date for this club.
In addition to their function as lethal weapons short hand clubs were also a status symbol for men of rank who carried them as a sign of dignity on the ‘Marae’, the ceremonial open space or courtyard within the Maori fortified village. Maori weapons formed a significance class of their own within the decorative arts of New Zealand, and were quite separate and distinct from the rest of Polynesia. 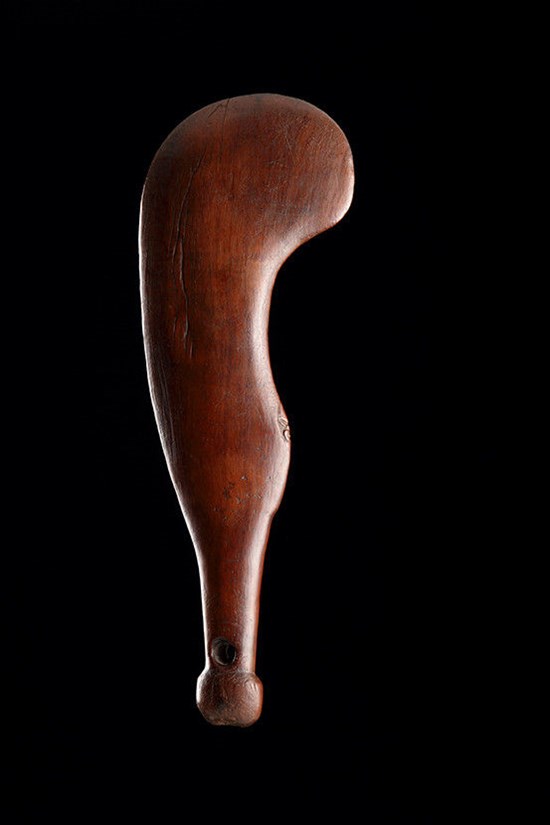 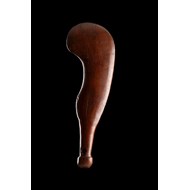 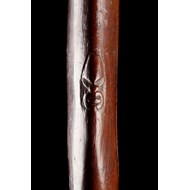 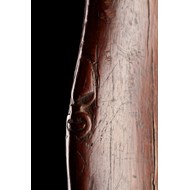 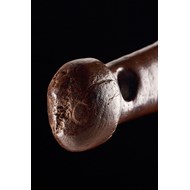