Caption Literature
The ‘Heppington Bell’ Cast from the Cabinet Collection of more than 5000 Ancient Roman Bronze and Silver Coins of the Antiquarian Bryan Faussett (1720-1775) Bearing the Date 1766 and a Latin Inscription ‘Avdi.Qvid.Tecum.Loquitvr.Romana.Vetvstas.Exaere.Romano.Me.Conflari.Fecit.B.F.A.S.S.1766’
18th Century
Size: 48cm high, 47cm dia - 19 ins high, 18½ ins dia.
Bryan Faussett (1720-1775) was a member of the society of Antiquaries and from 1750 devoted his attention to the antiquities of Kent, mainly through barrow-digging. He kept a journal of all of his excavations in which he meticulously recorded each grave’s contents. This was edited and later published with notes and engravings in 1856 as ‘Inventorium Sepulchrale’. A note on page 204 relates to the history of the bellâ€¦’ He...amassed a cabinet of more than 5000 Roman and British coins. However precious these may have been four generations ago, when the scarcity of the article in any state made the quality and preservation of less moment; and though they contained many specimens considered fine and rare, and a few unique, even in the present day, the verdict of the public, under the auspices of Messrs Sotheby and Wilkinson has lately pronounced them more numerous than valuable. But some idea of his diligence at least in this branch of science, may be gained from the fact, that these 5000 were the select of his cabinet; the remainder, chiefly duplicates, to the weight of 150lbs, he melted down into a bell, which still swings on the roof of Heppington (the old family seat near Canterbury)â€¦â€¦.’
Faussett formed an impressive collection of Anglo-Saxon finds mainly of objects of personal adornment, including the gold ‘Kingston Brooch’, all of which remained almost unknown after his death until it was exhibited in 1844 by his ancestor Dr Godfrey-Faussett at the Canterbury Archaeological Association. In 1853 it was offered to the British Museum who declined it. After some outcry was raised to no effect, the entire collection was sold to Joseph Mayer in 1855 who bequeathed it to the Liverpool Museum.
From 1914 to 1919, during the 1st World War the bell hung over the Police Station in Hyde Park and was sounded to warn the public of approaching air raids. Sir Bryan Godfrey-Faussett lived in the Ranger’s Lodge in Hyde Park and after the Great War gave the bell to the Museum of London on extended loan. It was returned to the family upon request in 2005. 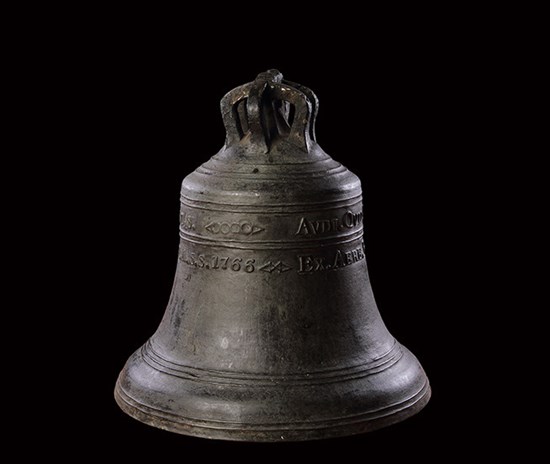 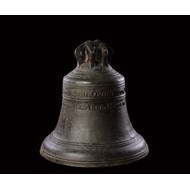 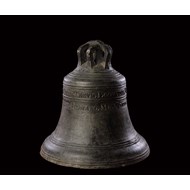 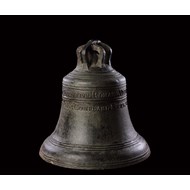 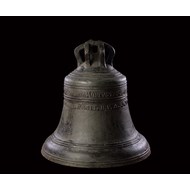