Caption Literature
An Ancient Bering Sea Chukchi Eskimo Walrus Ivory Amulet carved as a pregnant female figure and drilled for inverted suspension as a pendant
Old smooth worn dark silky patina
100 - 500AD
Size: 9cm high - 3½ ins high
Worn by pregnant women upside down, pendants such as this were believed to ensure proper delivery. Fear that an infant might not be born head first was especially strong amongst women in primitive societies. They obey taboos imposed by shaman and wear inverted suspended amulets, employing reversal as a magical technique.
There were no rigid boundaries between different Eskimo societies and their art was one of the most effective ways of maintaining cohesion in their ancient culture, and a useful tool for sustaining unity of spiritual tradition among small groups of primitive hunters scattered along the endless Arctic coast. Although of crude form, this figure has a certain dynamism. There is a suggestion of movement in the flowing curves of the arms around the pregnant belly, giving her the look of a prehistoric Venus. 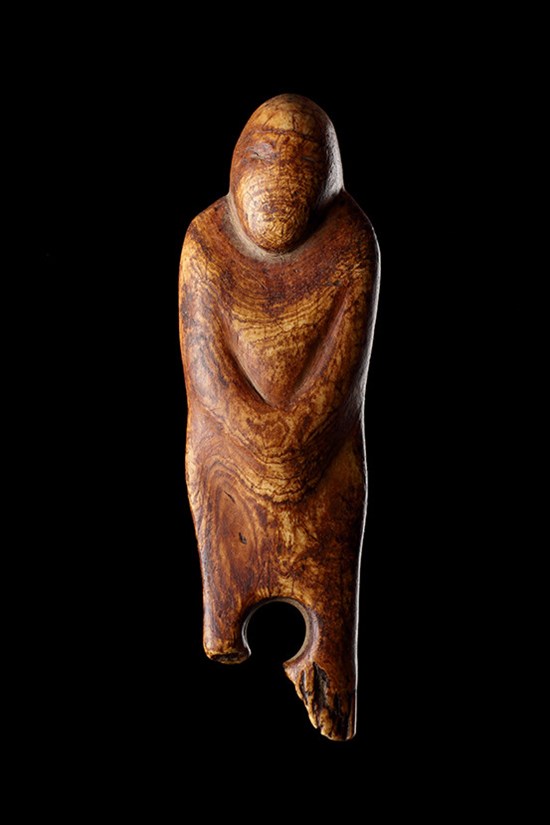 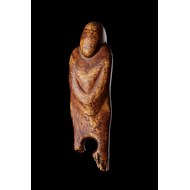 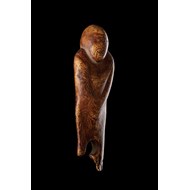 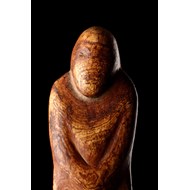 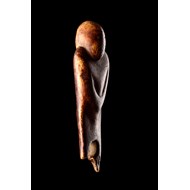 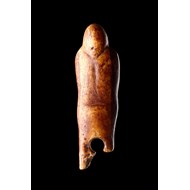