Caption Literature
A Large French Polynesian Marquesas Islands Nuku Hiva House Post Carved with Ritual Tiki Figures
Late 19th Century - Early 20th century
Size: 288cm high - 113½ ins high / 9 FEET 5½ INS
These large human images are the most imposing of all Marquesan wood sculptures and although there must have been many of them in the populous islands, very few sizeable wooden Tiki’s have survived. Most of them were set on the ‘Me’ae’, a communal ritual site, exposed to the elements and often surrounded by mountainous jungle. The best preserved tiki are the house post figures that remained for the most part under cover supporting the fronts of large communal meeting houses. Both at the ‘Me’ae’ and on the front of these structures, the tiki represented the deified ancestors ‘etua’ whose supernatural powers sustained and protected the community. The enlarged head is typical of Polynesian sculpture, but these large tiki have the most persuasive eyes of all Polynesia, even when eroded by time and weather they can still cast a spell that is inescapable. 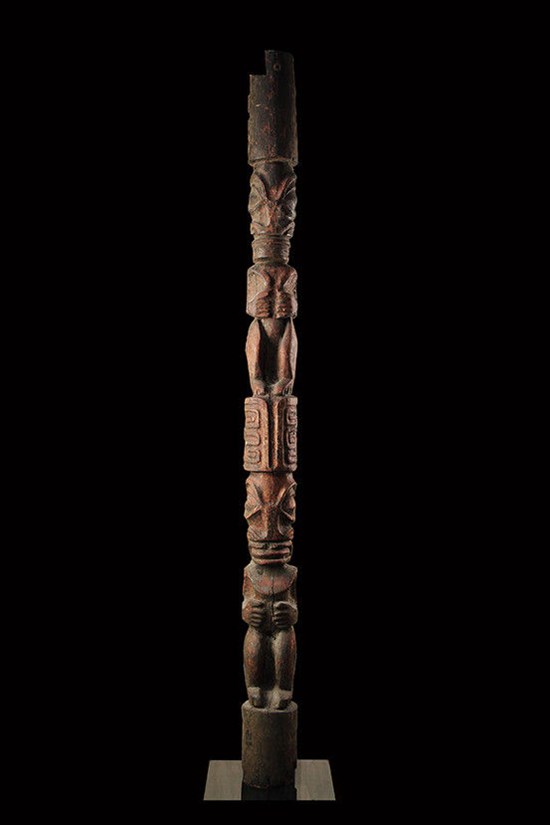 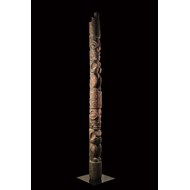 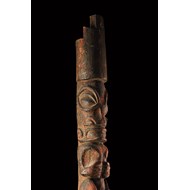 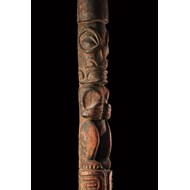 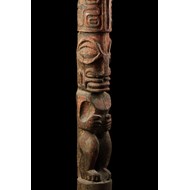 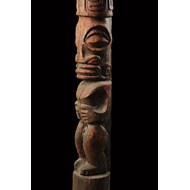 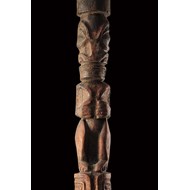