Caption Literature
An Ancient Roman Marble Head of Eros or Cupid Son of Venus perhaps from a Sarcophagus Panel
1st - 2nd Century AD
Size: 9cm high, 12.5cm wide, 11.5cm deep - 3½ ins high, 5 ins wide, 4½ ins deep
From the 3rd century BC Venus was the patron of all persuasive seductions between gods and mortals and between men and women. Her son Eros or Cupid was the God of Love and symbolised all the attractions that provoked love. The Archaic poets portray him as young and beautiful, walking over flowers and the rose is portrayed as the ‘plant of Eros’ which he uses to make his crown. He is described as sweet and warming the heart, but his effect can come upon his victims suddenly like the wind, shaking them with frenzies and confusion, and so because his power brings peril, he is also described as cunning and unmanageable. 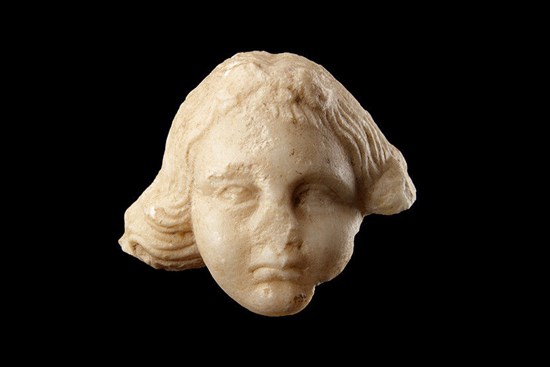 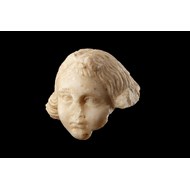 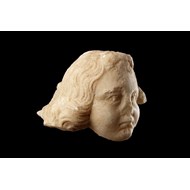 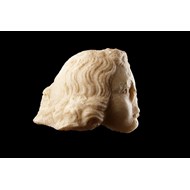 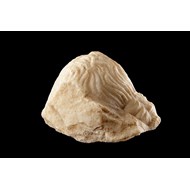 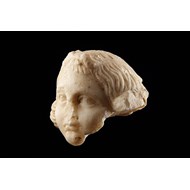