Caption Literature
An Ancient Early Medieval Indian ‘Shahi’ Kingdom Hindu Marble Sculpture of the Demi-God ‘Kinnara’ standing with feathered legs holding a ‘Kalasa’ to his chest wearing a three strand necklace
7th - 8th Century AD
Size: 24cm high, 19cm wide, 14.5cm deep - 9½ ins high, 7½ ins wide, 5¾ ins deep
31.5cm high - 12½ ins high (with base)
The Shahi dynasties ruled the old province of Gandhara and the Kabul valley during the classical period of India from the decline of the Kushan Empire in the 3rd century to the early 9th century. They produced a highly distinctive corpus of religious imagery often sculpted in a fine white marble that displays inherited stylistic conventions from the 5th and 6th century Gupta period. The dynasty was split into two eras, the Buddhist and the later Hindu ‘Shahis’. Although predominantly rulers of believers in these two main faiths, they were also patrons of numerous others resulting in a multi-cultural population. Archaeological sites, including a major Hindu temple north of Kabul, of the 9th century contain both Hindu and Buddhist statuary displaying a close interaction between the two religions.
The Hindu demi-god ‘Kinnara’ was a popular image in early Indian sacred art. A celestial musician and paradigmatic lover he is portrayed as half-human, half-bird or swan or half-horse. He is said to be from one of the exotic tribes of ancient India who were inhabitants of the Himalayan mountains. 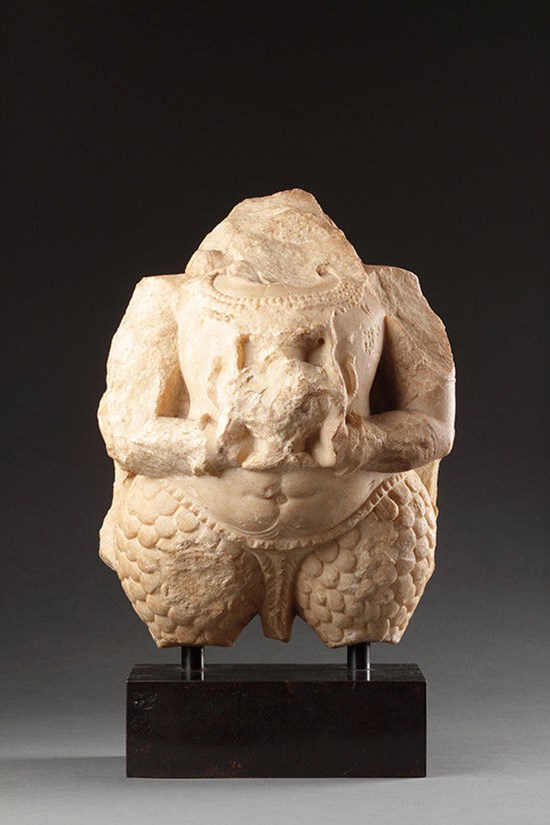 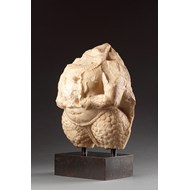 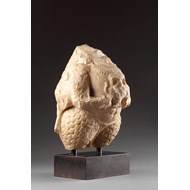 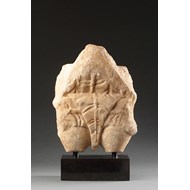 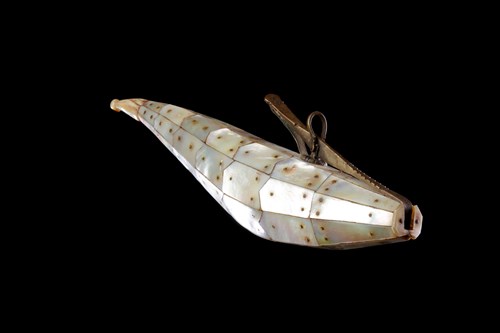 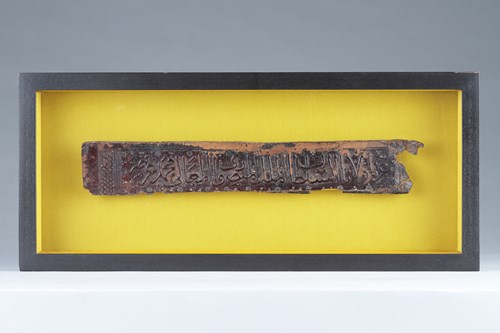 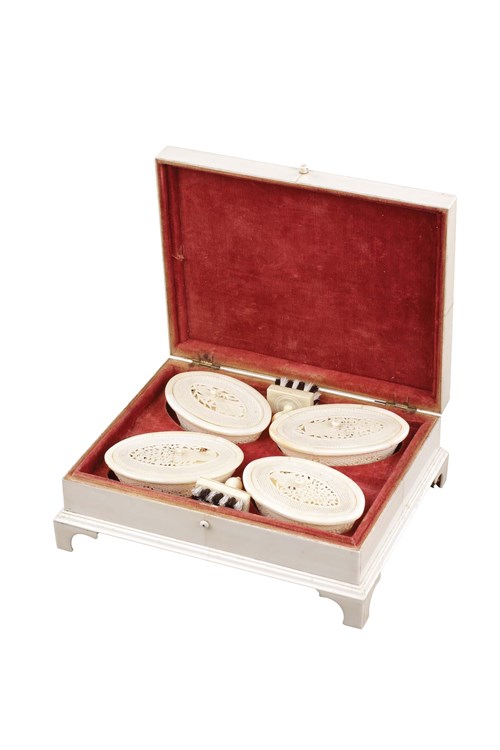