Caption Literature
A Rare Victorian Cased Taxidermy Specimen of a Patagonian Mara ‘Dolichotis Patagonum’
19th Century
Size: 26cm high, 40.5cm wide, 14.5cm deep - 10¼ ins high, 16 ins wide, 5¾ ins deep
The Patagonian mara fills the niche of the hare in an area where they and jack rabbits don’t exist. It has upstanding ears, long slender legs and feet that are well adapted to running and bounding along at speeds as much as 30km/h. On each hind foot there are three digits, each with a hoof-like claw, each forefoot bears four digits, armed with sharp claws. Mara’s are active in the daytime and will feed on any available plant material. They dig burrows or take them over from other animals, and the litter of two to five young is born in a nest made in the burrow. They mostly live in small social groups of up to 15 individuals, and despite harsh low temperatures they do not hibernate. 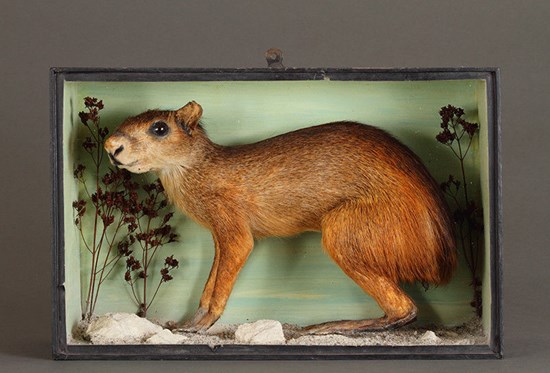 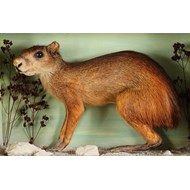