Caption Literature
An Unusual Bering Strait Inupiak Eskimo Shaman’s Ritual Object the Walrus Tusk Incised with Abstract Pictographs of Animal Spirits ‘Inua’ a Whale and Dancing Men
With a fragment of an old collection label ‘E S Andrews ..... 1815 â€¦..’
18th Century
Size: 27cm long - 10½ ins long
Probably used as a shaman’s wand or baton, the tusk is decorated with a mythological being known as a ‘Tirisuk’, a caterpillar-dragon with long feelers and teeth who was greatly feared and believed to be able to easily pluck an Eskimo umiak boat from the water. Eskimo shaman have fantastic powers, flying to the stars and swimming to distant shores. They are the key figures in ceremonies, performing ritual dances, and one is shown on this tusk flying and then dancing whilst a surfacing walrus looks on.
Pictographic art first appeared in Punuk culture around 800AD and over time became more elaborate. These incised ‘engravings’ on walrus ivory are one of the most unusual and unique legacies of ethnographic art left to the world by a people with no literary traditions. 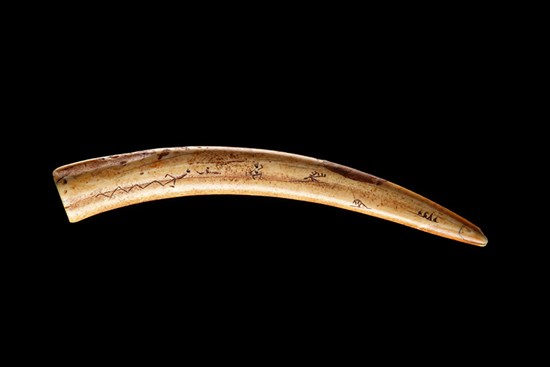 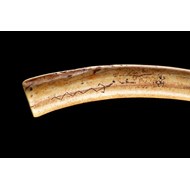 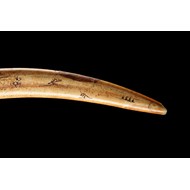 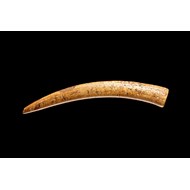 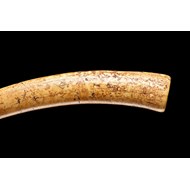 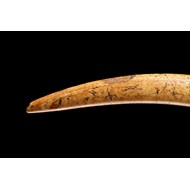 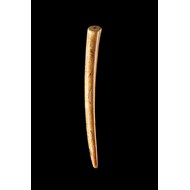 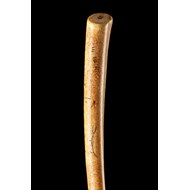 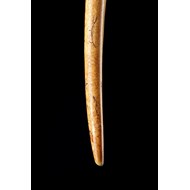 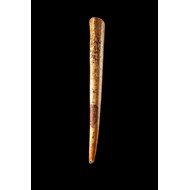 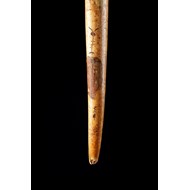 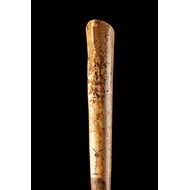