Japanese Ivory Okimono of a Human Skull Entwined with a Snake

Caption Literature
A Japanese Ivory Okimono of a Human Skull Entwined with a Snake ‘Memento Mori’
Meiji Period late 19th Century
Size: 4cm high, 2.5cm wide, 4cm deep - 1½ ins high, 1 ins wide, 1½ ins deep
The increased production of Japanese okimono, a carving to stand in an alcove or ‘tokonoma’, came about through Western demand for larger sized netsuke-type carvings with the same highly detailed workmanship. They were often made on commission for the Western patron of a carver and were almost always of ivory, considered an expensive material. With the arrival of significant numbers of Japanese netsuke and okimono in the West, a direct influence over European artists was exerted, such as the Russian goldsmith Peter Carl Fabergé (1846-1920), whose workshop produced intricately carved miniature animals and figures in agate, nephrite, rock crystal and lapis lazuli. The distinctive subjects and poses of certain Fabergé animals have identical Japanese counterparts except for the use of semi-precious stone rather than that of boxwood and ivory.

Japanese Ivory Okimono of a Human Skull Entwined with a Snake 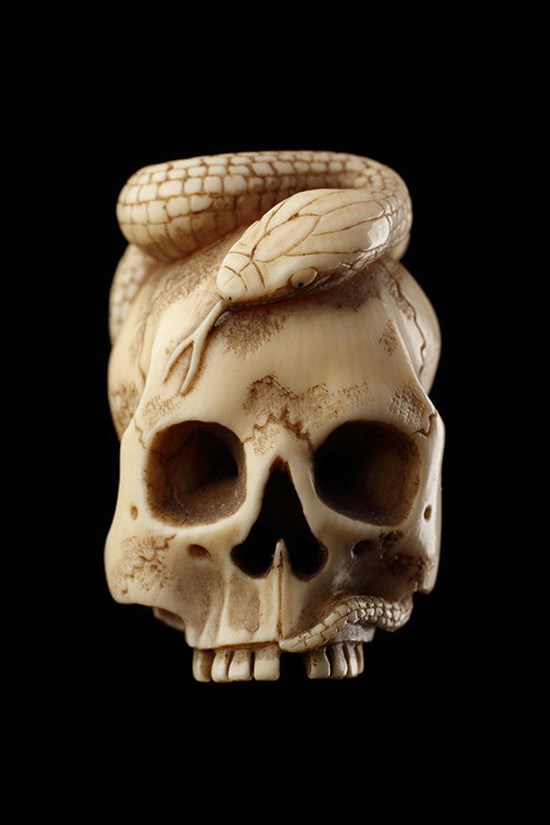 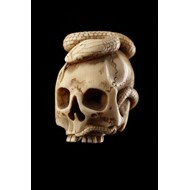 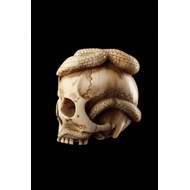 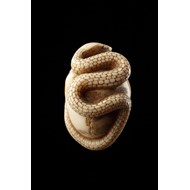 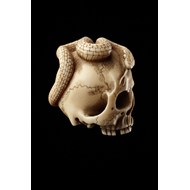 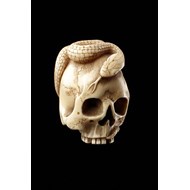 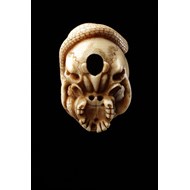