Caption Literature
An African Democratic Republic of Congo Pende peoples Wood Pendant Mask Head from an Oracle or Divination Instrument ‘Galukoji’ wearing a Crown with Raised Coiffure
Two drilled holes in the centre for attachment
Old inventory number to the reverse ‘24177’
Smooth dark patina
Early 20th century
Size: 8cm high, 4.5cm wide, 5.5cm deep - 3¼ ins high, 1¾ ins wide, 2¼ ins deep
‘Galukoji’ are divination instruments used by the Pende in the first half of the 20th century. The wooden pendant head is tied with raffia to a scissor like object made of five interlinked crosses carved of double and single bamboo sticks. Made as a miniature version of a larger mask, the head is representative of spiritual forces and would have worn a diadem of feathers. During a consultation the diviner would place the ‘galukoji’ on his knees, with one of his fingers between the scissors, as he recounted the names of those suspected of having committed the crime in question. If one of the names mentioned was that of the actual perpetrator, the oracle would jump up and the mask would end up just in front of the diviner’s face, thus creating a very theatrical effect. 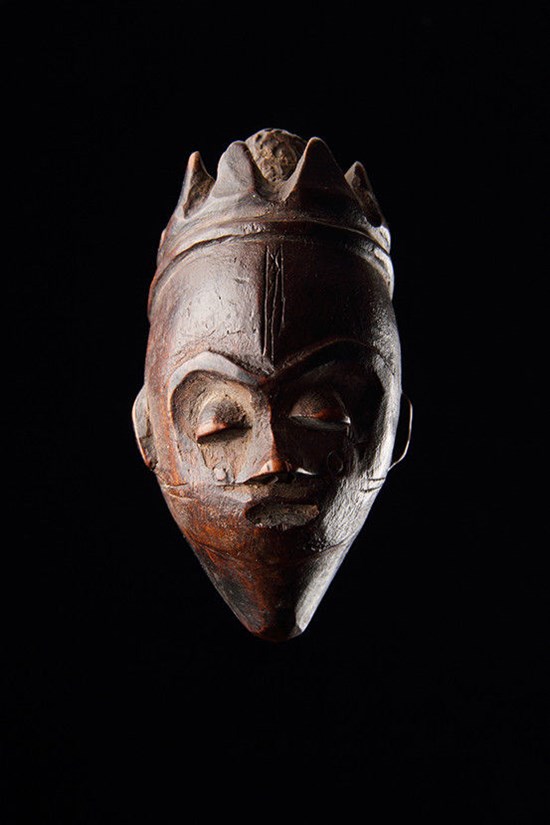 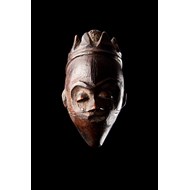 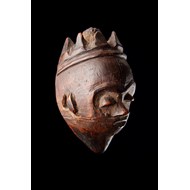 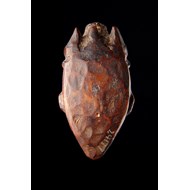 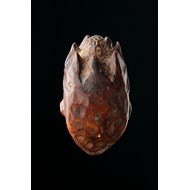 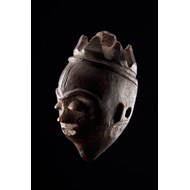 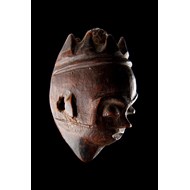 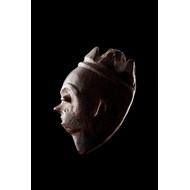 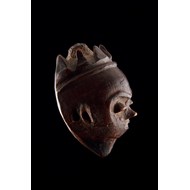