Caption Literature
A Democratic Republic of Congo Luba Peoples Headrest
Fine old silky smooth patina
19th – Early 20th Century
Size: 12.5cm high, 12.5cm wide, 8.5cm deep - 5 ins high, 5 ins wide, 3¼ ins deep
Headrests were primarily utilitarian objects used as pillows on which to sleep or rest whilst preserving intricate hairstyles. The Luba were noted for their elaborate coiffures which took almost fifty hours to complete, and with the use of a headrest at night, could be made to last two to three months. As well as being appreciated aesthetically the Luba regarded these coiffures as an integral element of social identity. They were associated not only with different status and ranks, but with different events and periods in an individual’s life.
The Luba empire extended over a vast territory so there are a large number of stylistic variations in their artistic repertoire. 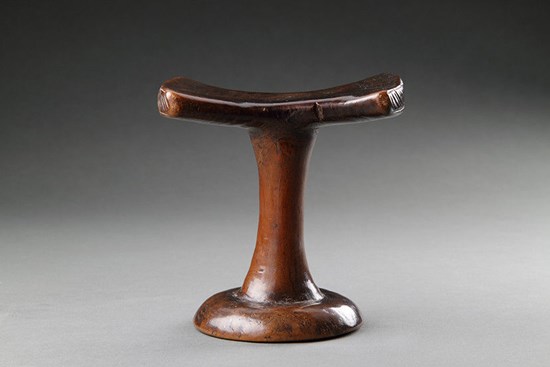 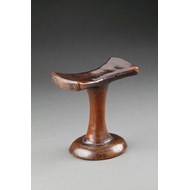 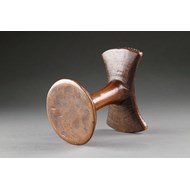