Caption Literature
A Fine Japanese Boxwood Netsuke Depicting SaigyÅ HÅshi Sitting Contemplating the Slopes of Mount Fuji
Unsigned
18th Century
Size: 3cm high, 6.5cm wide, 4cm deep - 1¼ ins high, 2½ ins wide, 1½ ins deep
SaigyÅ HÅshi (1118 - 1190) was a famous Japanese poet of the late Heian and early Kamakura period. He is known for his sombre and melancholic poetry. He became a Buddhist monk, but remained very attached to the beauty of nature, and his poetry expresses the tension he felt between the Buddhist renunciatory ideal and his love of the natural world.
Mount Fuji, from time immemorial, has been the sacred mountain of Japan, the goal of pilgrims and the centre of several legends. Formed during a great earthquake in 286 BC, Fuji is believed to be a female. She is the highest mountain in Japan. It is said that at one time Mt Haku, a male, towered above her. The Buddhist Amida was asked to decide which peak was the highest. He ran a pipe from the top of Haku to the top of Fuji and poured water into it. The water flowed down Fuji's peak and she, in her rage at the proven result of the contest, beat Haku about the head. By cracking his skull into eight parts she reduced his height and caused Mt Haku’s eight peaks. Fuji’s last major eruption was in 1707. 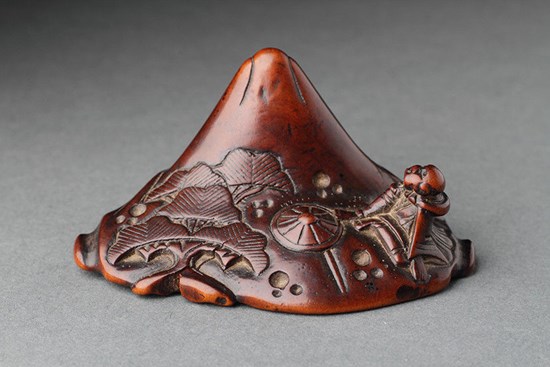 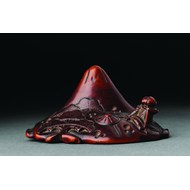 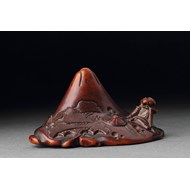 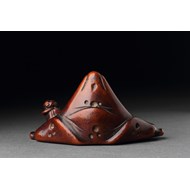 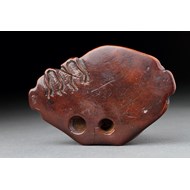 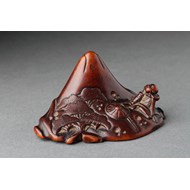