Caption Literature
A Native American Plains Dakota Sioux Pipe Tomahawk the Patinated Smooth Hickory Wood Shaft Wrapped in Buckskin Studded with Brass Tacks with a Solid Brass Hatchet Blade and Vase Shaped Pipe Bowl
Circa 1850 – 70
Size: 50cm long, 21.5cm high (blade) - 19¾ ins long, 8½ ins high (blade)
See: Finch & Co catalogue no. 24, item no. 59 for a Lakota Sioux pipe tomahawk
The metal pipe tomahawk was a ceremonial weapon that became a prestigious symbol of the Native American warrior chief. In the mid 19th century the gun began to replace its importance as a weapon and it became more ceremonial than practical with all brass heads replacing those of iron and steel. Its popularity lay in the relationship perceived by the Native American between a warrior’s prowess and the spiritual power received through smoking. The brass headed pipe tomahawk was often given as a presentation gift to chiefs. They were bestowed to solemnise treaties and to ensure friendship. The pipe tomahawk’s symbolic and ceremonial function eventually became paramount and this allowed it to survive long after it had outlived its utilitarian purposes. 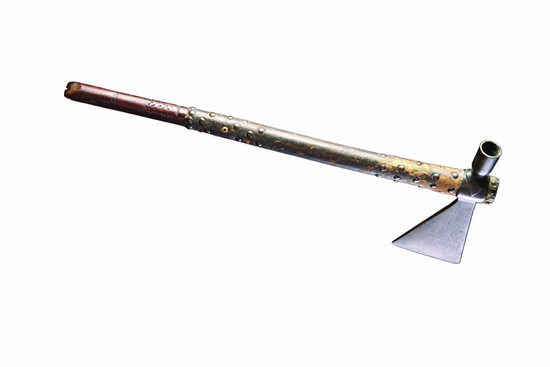 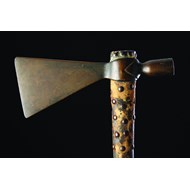 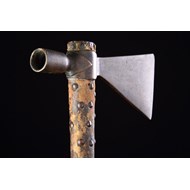 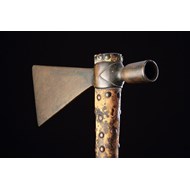 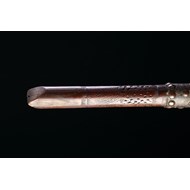 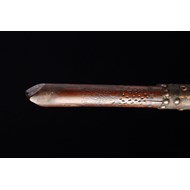