Caption Literature
An Extraordinary Cased Collection of Forty Eight Exotic Victorian Taxidermy Birds mostly of the Parrot Family including: Bourkes Parrot, Crimson Rosella, Rainbow Lory, Australian King Parrot, Red Headed Finch, Golden Mantled Rosella, Red Cheeked Parrot, Red Crested Cardinal and Little Lorikeet
A full list with a key of the birds available
19th Century
Size: 94cm high, 97.5cm wide, 41cm deep - 37 ins high, 38½ ins wide, 16¼ ins deep
Parrots occur on all lands in the Southern Hemisphere except the Southern tip of Africa and the more remote Pacific Islands. Whilst they have never been domesticated in the sense that chickens ducks and pigeons have, more species of parrots have been tamed and raised in captivity than any other group of birds. Primitive tribes have kept them as pets since time immemorial. The talking ability of the African Grey is mentioned in ancient Greek and Roman writings. The parrots appeal is partly aesthetic, partly anthropomorphic. Coupled with their attractive colouring and the ease with which they are tamed and kept in captivity are their intensely human traits of imitating the human voice, of showing affection to each other, of reacting to flattery and of using their feet almost as hands. No other bird holds food in one foot and bites pieces off, much as we eat a sandwich.
Parrots develop their ability as mimics only in captivity. In the wild they are raucous-voiced birds that shriek or squawk and generally have a poor range of vocal expression. Though lovers of parrots will cite examples to prove the contrary, talking pet parrots haven’t the slightest idea of what they are saying. Parrots learn best when young and repeat the simpler sounds they hear most often, without choice or selectivity. They are extremely long lived. How long they live in the wild where natural enemies take their toll is unknown, but individuals have lived upwards of 50 years in captivity, and one is recorded to have reached 80. 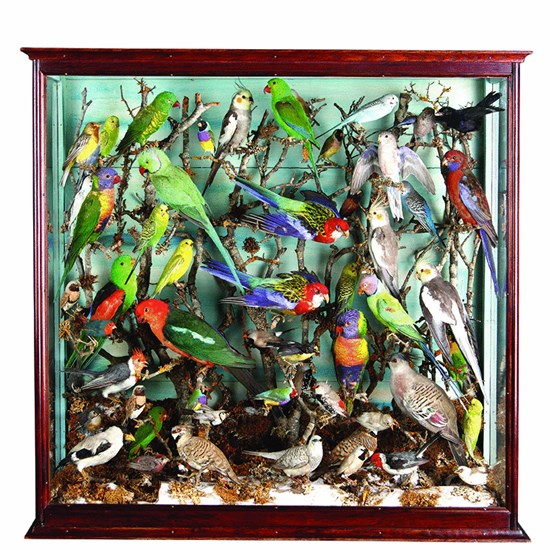 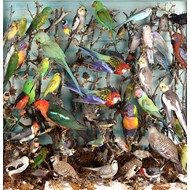 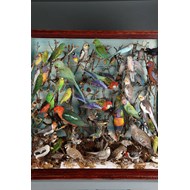