Caption Literature
An Octagonal Tibetan Buddhist Votive Wafer Mould each side finely carved with images of deities, demons, auspicious emblems and animals ‘Gyelpo Karpo Drug Dí¶’
Late 18th – Early 19th Century
Size: 38.5cm long, 4.5cm dia. (max) 15¼ ins long, 1¾ ins dia. (max)
The spirits ‘Gyelpo’ are divinities responsible for illness, they represent maleficent spirits who are ritually sacrificed in the form of wafers upon the altar in order to subjugate their evil forces. The moulds are used to produce the ritual wafers made of barley flour dough. The shaped dough is given as a votive offering during ceremonies performed by the Buddhist monks before an altar set with an arrangement of offering vessels, small images and the sacrificial wafers. Musical instruments would be laid out ready to be used at appropriate points in the ritual.
Some of the most famous public ritual performances of old Tibet follow the basic altar layout, with an icon set above as a dwelling place for spiritual presences, images and offerings on the altar that are all invoked by mantra's to acknowledge and receive offerings and participate in the ritual, so creating a kind of theatre of spiritual principles on the altar table. The seasonal ‘expulsion of demons’ dance mirrors this at which masked monks perform in a public courtyard before a huge and complex painted icon unrolled and hung several storeys high for the occasion. The dancers in the courtyard are thought to correspond with the small sculptures in wafer-form on the altar. 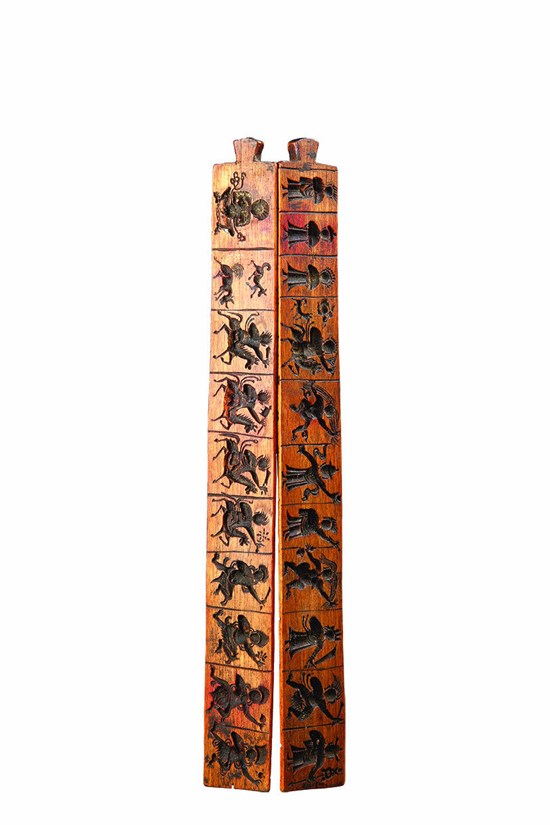 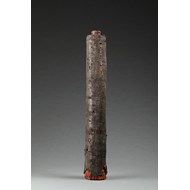 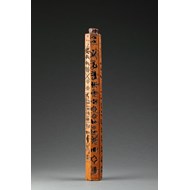 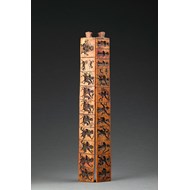 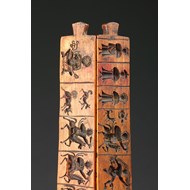 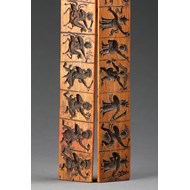 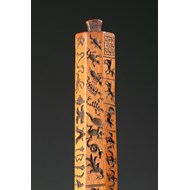 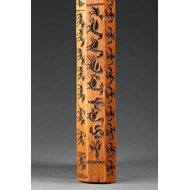 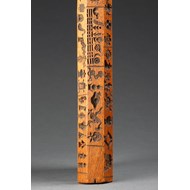 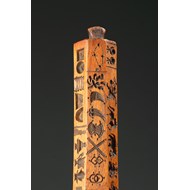