Caption Literature
A Finely Carved Ivory Miniature Bust of King George III (1738-1820) Signed to shoulder ‘I Kelly’ the carved stained ivory base with label ‘George III Left to me by W. Tuck 1906 belonged to Queen Victoria’
Circa 1790 – 1810
Size: 8cm high - 3 ins high (including turned ivory socle)
From his tutors, particularly the Earl of Bute, George III inherited a great love of learning and a curiosity evidenced most of all in the great library he formed. In 1760, the year of his accession, Horace Walpole wrote, ‘I will tell you something: the King loves medals’, and George III pursued a vigorous collecting policy almost from the day of his accession buying outstanding collections of books and also paintings, prints and drawings. When he acquired the collections of Joseph Smith (1674-1770) British consul in Venice, he also acquired significant works of art.
In 1823 his son George IV gave the British Museum his father’s superb library together with his collection of coins and medals. The late King’s passion meant that his collection of over 15,000 medals was, and still is, the single largest acquisition of medals made by the British Museum.
Carved with the fine detail and intricacy of a medallist, this miniature portrait bust of George III portrays the monarch with all of the concerns of his last years. 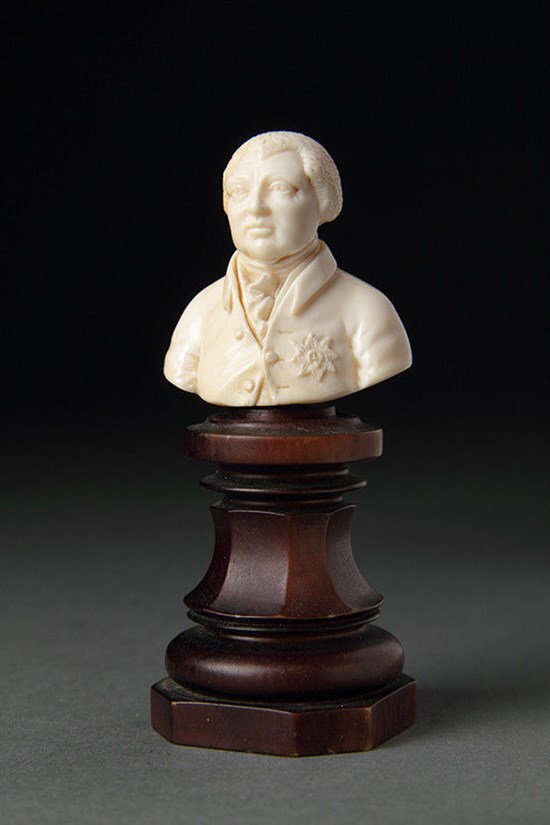 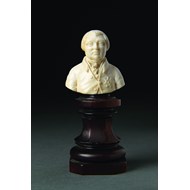 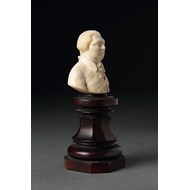 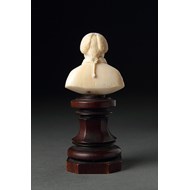 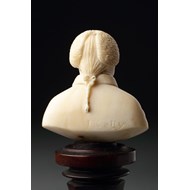 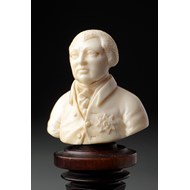 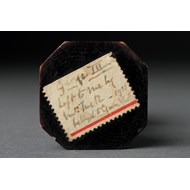