Caption Literature
A New Zealand Maori Long Hand Club ‘Taiaha’ the Double Sided Janus Head Carved with the Tongue Thrust out in Defiance of the Enemy
The eyes inlaid with Haliotis shell the narrow blade with fine smooth silky patina
Early 19th Century
Size: 126cm long - 49½ ins long
The Maori taiaha is primarily a deadly sword club and not a spear as depicted by many artists. A flat spatulate blade weapon gripped in the middle and used for striking, the pointed tongue is at the lower end and was used as a kind of prodder, but was essentially the ornamental and symbolical part of the taiaha. The blade was used as a club and its effective use depended upon agility rather than strength, and involved long hours of exercise and practice to master the elaborate system of attacks and counter attacks. An old Maori proverb states: ‘He Waewae Taihaha, He Kiri Maku’, ‘Heavy feet, wet skin’, that is a skin wet with blood. 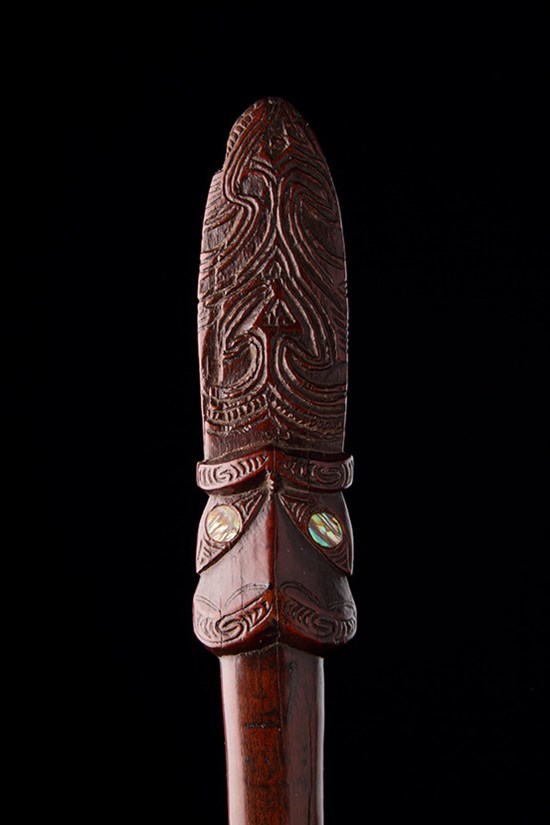 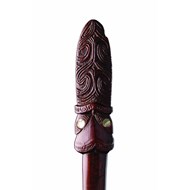 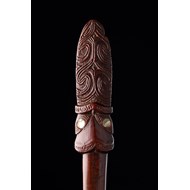 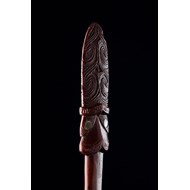 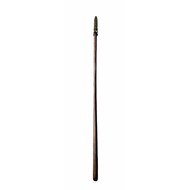 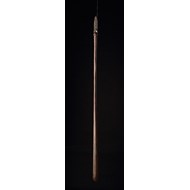