Five Vellum Leather and Paper Bound Volumes of ‘After the Antique’

Caption Literature
A Collection of Five Vellum Leather and Paper Bound Volumes of ‘After the Antique’ Gesso Impressions of famous ancient and renaissance works of art and paintings entitled ‘Liberotti Impronte’ and stamped Musei No’s 1 - 5 the double ended book boxes containing two sets of numbered casts a handwritten numbered list entitled ‘Opera Seelte’ afixed to each inside cover detailing each work of art and its location
Circa 1780 - 1810
Size: 26.5cm high, 4.5cm wide, 16.5cm deep - 10½ ins high, 1¾ ins wide, 6½ ins deep
It became an increasingly popular hobby amongst connoisseurs of antiquities in the 18th century to collect gesso impressions and glass paste replicas of gems. A type of white paste was invented in Dresden and by 1756 a craftsman Philipp Daniel Lippert working there was offering for sale the impressions of 2000 gems. In Rome, Germans on the Grand Tour were given evening classes by one Hofrat Reiffenstein in the making of replicas of variegated cameos, whilst at the same time in London James Tassie, a Scottish wax portraitist, began to make paste impressions. In catalogues published in 1775 and 1791 he lists cameos and intaglios which he cast ‘in coloured pastes, white enamel and sulphur’. An English gem engraver Nathaniel Marchant whilst living in Rome specilised in reproducing antique statues on gems for wealthy grand tourists and when he returned home he sold impressions of these intaglios. Whilst in Rome he also exported many plaster casts back to an expanding English market.
The sulphur or gesso impressions, were arranged in boxes shaped like books, like these examples and early 19th century travellers to Rome would buy from dealers such as Francesco Carnesecchi in the Via Condotti sets of ‘Impronte’ showing a selection of the most admired antique statues, the best loved works by Canova and Thorvaldsen and well known Renaissance paintings. Most of the early 19th century grand tourists could not obtain ancient works of art or buy Renaissance bronze statuettes, so these ‘after the antique’ souvenir boxes became extremely popular.

Five Vellum Leather and Paper Bound Volumes of ‘After the Antique’ 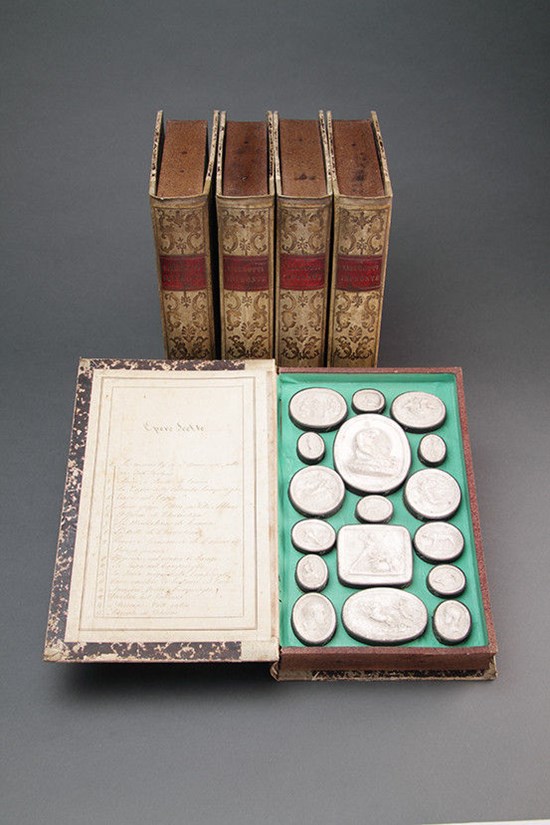 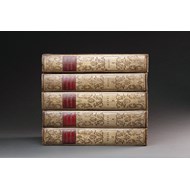 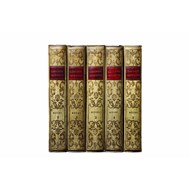 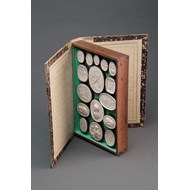 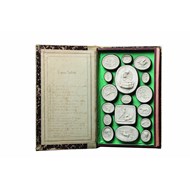 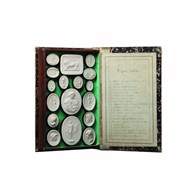 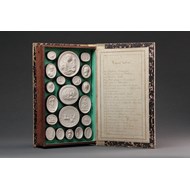 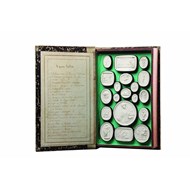 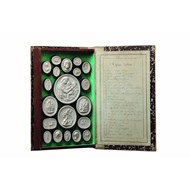 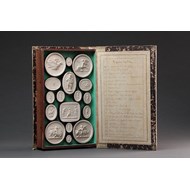 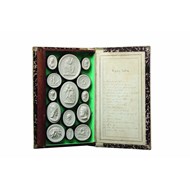