Caption Literature
An Ancient British Celtic Sandstone Votive Shrine Figure of a Deity with a Hollow Crown for Offerings and Libations
2nd - 1st Century B.C
Size: 49cm high, 24.5cm wide, 26cm deep - 19¼ ins high, 9¾ ins wide, 10¼ ins deep
50cm high - 19¾ ins high (with stand)
cf: A similar sandstone head in the Cartwright Hall Musuem Bradford Yorkshire
The symbol of the human head is as representative of the Celtic religion as is the cross in christian contexts. The human head as the centre of spiritual power had overwhelming significance for all the Celtic peoples. It is conspicuous in their rituals, their warfare and their legends, and appears in their art from the earliest known representations in Central Europe to the illuminated manuscripts of the christian Irish.
The Celts were head hunters and their use of real trophy or man made sculpted heads reflects their belief in the inherent protective power which was thought to reside in them. These powers kept evil forces from the fortress, home and community whilst ensuring positive good luck and success. 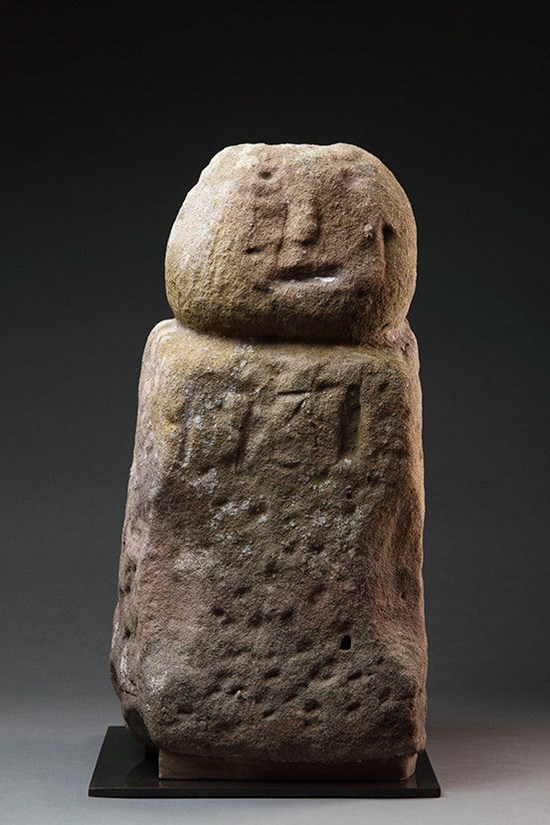 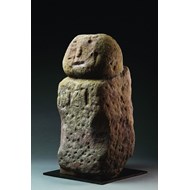 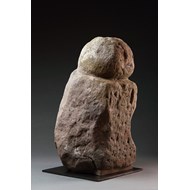 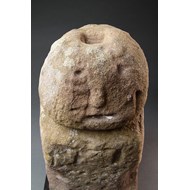