Caption Literature
An Ancient Romano-Celtic Limestone Head of a Woman Probably a Funerary Monument
2nd - 3rd Century AD
Size: 30cm high - 12 ins high / 36cm high - 14¼ high (with base)
The Human head was regarded by the Celts as being symbolic of divinity and otherworld powers. Although this belief was not peculiar to them, it was much more pronounced amongst the Celtic peoples. They incorporated the head in their art, venerated it in their religious practices and regarded it as an object of supernatural regard.
The ancient writers Diodorus and Strabo both refer to the Celtic custom of embalming the heads of their most distinguished enemies in cedar oil. These were then preserved in a chest and exhibited to strangers with great pride as insignia of military prowess. Their owners often refused to part with them even for their weight in gold so highly were they esteemed. The motif of the severed head figures throughout the entire field of Celtic cult practice, temporally and geographically, and it can be traced in both representational and literary contexts from the very beginning to the latter part of their cultural tradition. 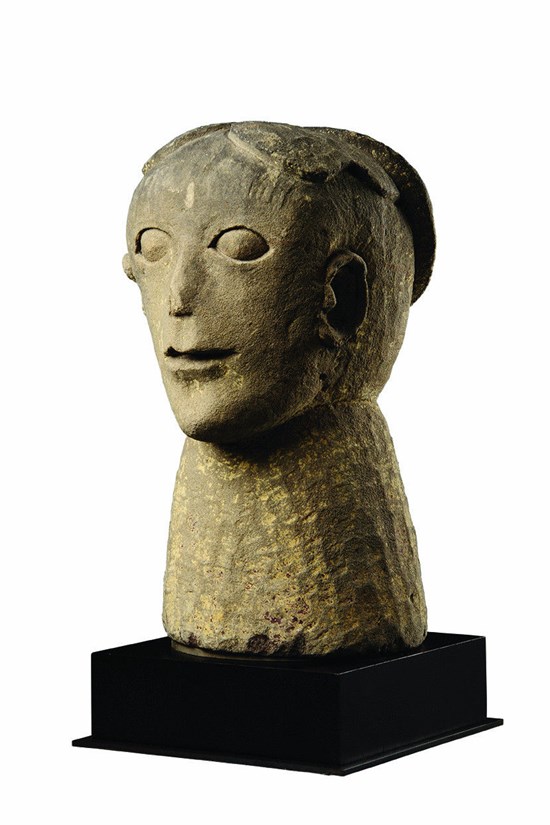 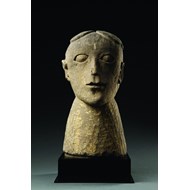 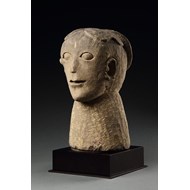 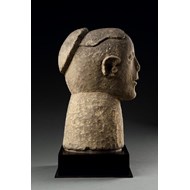