Caption Literature
A Pair of Viking Migration Period Zoomorphic Hawk Shaped Silver Gilt and Garnet Inlaid Geometric Brooches
5th - 7th Century AD
Size: 6.5cm high, 3cm wide - 2½ ins high - 1 ins wide
During the closing years of the 7th century AD the flow of Byzantine gold into the western kingdoms had ceased and so henceforth the predominant medium for jewellery was to be silver which reached Europe in vast quantities from the Arab Empire during the viking period. Gold, although still popular was chiefly reserved for gilding, inlays and small objects such as finger-rings.
The inlaying of jewellery with richly coloured stones, especially garnets, was a striking feature of the migration period following the collapse of the Roman Empire. This practise combined with an obsessive use of surface ornamentation made jewellery both colourful and intricate, the interlaced lozenges resembling filigree work. From the beginning of the migration period zoomorphic decoration was a major feature on viking metalwork and animal ornament continued in an unbroken tradition until the end of the viking age. It can be seen on brooches such as these, on swords, pendants and helmets and it is remarkable in its modernity and for its teasing of human vision, often degenerating into patterns which can only be recognised by the trained eye. 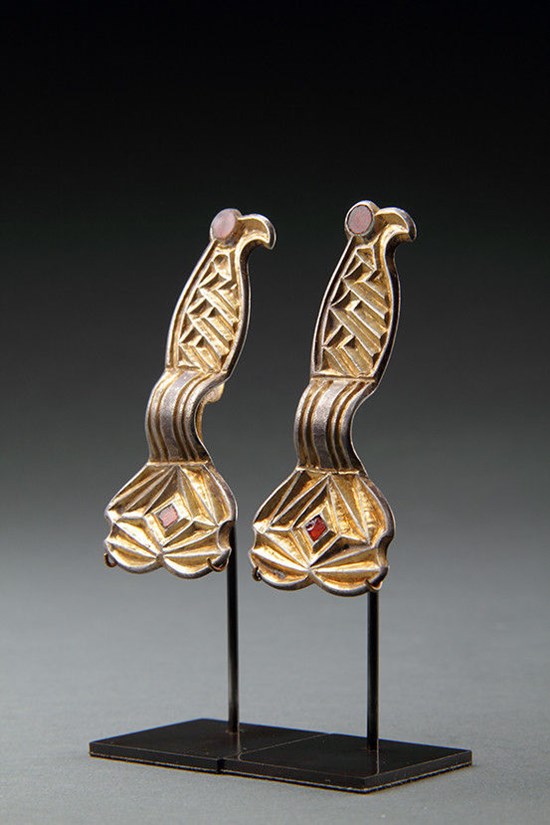 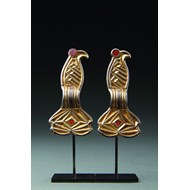 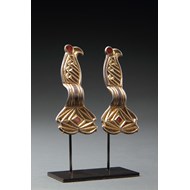