Caption Literature
An Ancient Egyptian Carved Alabaster Canopic Jar Lid in the form of a Falcon Head
The schematic features representative of the God Qebhsenuef
Late Dynastic Period / 730 – 332BC
Size: 13cm high, 10.5cm dia. - 5 ins high, 4 ins dia.
The falcon was one of a number of birds which figured among the sacred animals of ancient Egypt. The falcon or hawk was frequently regarded as the ‘Ba’ of Horus, the hawk-headed god and son of Osiris, to whom the bird was also sacred. The Horus-falcon was the guardian deity of the ruler and is often depicted with its wings outstretched protectively behind the head of the Pharaoh.
Canopic jars were stone, ceramic or wood vessels used for the burial of the viscera removed during mummification. Specific elements of the viscera were placed under the protection of four anthropomorphic genii known as the sons of Horus, who were themselves protected by tutelary deities guarding the four cardinal points. The falcon headed Qebhsenuef who was linked with Serket and the West, looked after the intestines. 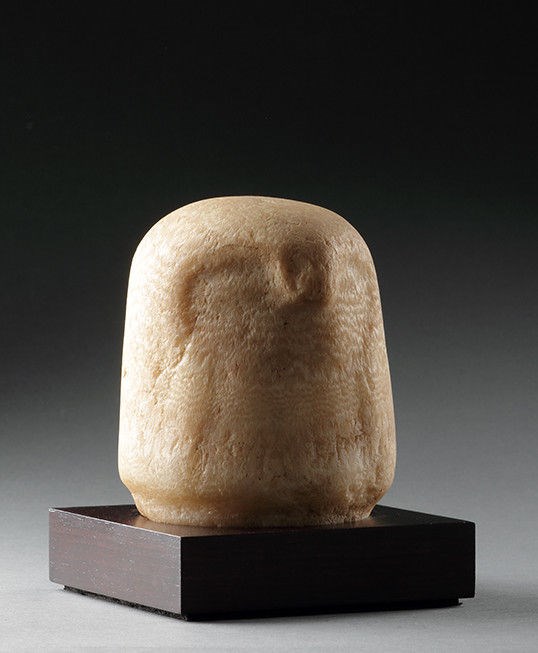 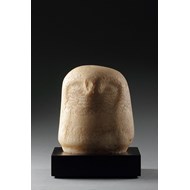 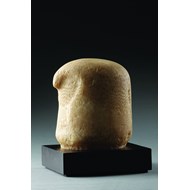