Caption Literature
Two Neolithic Nordic Boat Shaped Stone Axe Heads
One of Black Basalt the smaller of Grey Porphyry
Circa 2500 BC
Sizes: 21.5cm long - 8½ ins long & 19cm long - 7½ ins long
Scandinavian neolithic weapons are meticulous copies in ground-stone of originals made out of copper. The extremely rare and precious copper axes were so admired and envied by the late Neolithic farmers of northern Europe that they made exact copies in stone. Although the metal axes were no sharper than flint implements they had a number of advantages besides their prestige value. They were not as brittle as stone and so did not easily chip, were more efficient for cutting wood and could be formed into a wide variety of shapes. Lastly worn out tools could be remelted and cast anew.
In spite of all these advantages stone tools were only very slowly replaced by metal ones. Indeed, it was not until the last centuries BC when iron, a more abundant metal was introduced that the tradition of stone axes and implements was largely abandoned in Europe. 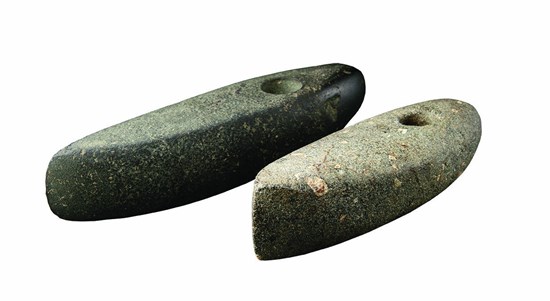 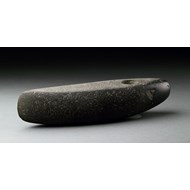 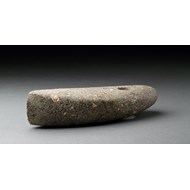 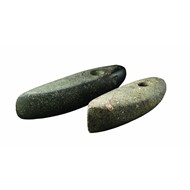