Caption Literature
A Large Medieval Gothic French Carved Limestone Gargoyle of a Bat Eared Howling Hound standing with all four paws upon a bearded man
Some slight damage to the lower jaw
13th / 14th Century
Size: 133cm long, 22cm high, 28cm wide - 52¼ ins long, 8¾ ins high, 11 ins wide
Gargoyles are distinct from other statuary because of their typically bizarre and exaggerated forms. As stylised representations of natural species these grotesques are frequently used in medieval gothic sculpture, painting and manuscript illuminations as symbolic icons. Bats, the largely misunderstood night flying mammals, figured prominently in demonic iconography and are often invoked in the form of gargoyles that appear to be dogs, cats and other domesticated animals. The suggestion of bat like ears on the head of a howling lithe, greyhound type of dog with powerful haunches and strong paws gripping the head of a bearded man portrays the torment the medieval mason found in the human condition. In Dante’s Inferno the souls of gluttons are described as howling like dogs. Medieval bestiaries tell of dogs that stayed howling by their murdered master’s side, stopping only to seize the murderer upon his reappearance and then continuing to howl. Fidelity and ferocity depicted in equal measure. 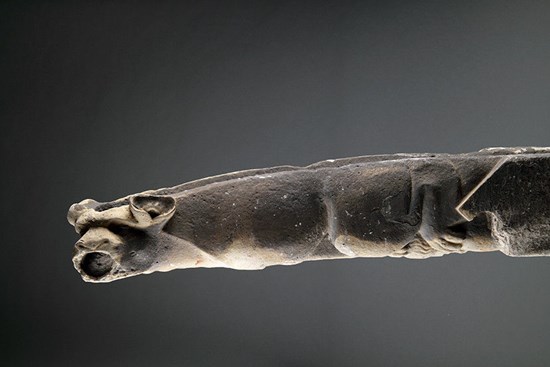 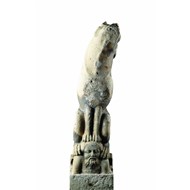 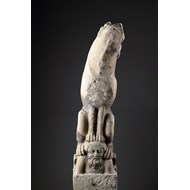 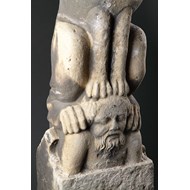 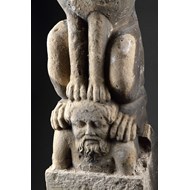 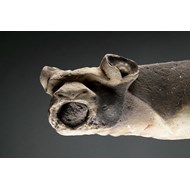 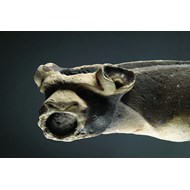 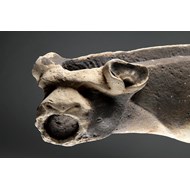