Caption Literature
A New Zealand Maori Long Hand Club ‘Taiaha’ of Rare Plain Form
Old smooth silky rich brown patina
18th Century
Size: 112.5cm long - 44¼ ins long
The taiaha is perhaps the most characteristic and pre-eminent weapon of the Maori who preferred hand to hand combat with long and short clubs to any other form of encounter. The taiaha also served the aristocratic ‘rangatira’ as an emblem of rank, a symbol of authority and as an orator’s baton to flourish when he was speaking at tribal gatherings. It was used to add force to an argument or to accentuate an ovatorial flourish, and all understood the etiquette of the taiaha.
Old taiaha were handed down as ancestral relics and used as oracles for divination. By performing the proper rituals it was believed that an old revered taiaha could prophecy the result of a battle. The club would be laid upon the ground whilst the chief performed the rites, and if the gods were propitious, the taiaha would turn itself slowly over before the eyes of the assembled tribe, to the utter confusion of the enemy. (History of the Maori’s, Judge Gudgeon 1885) 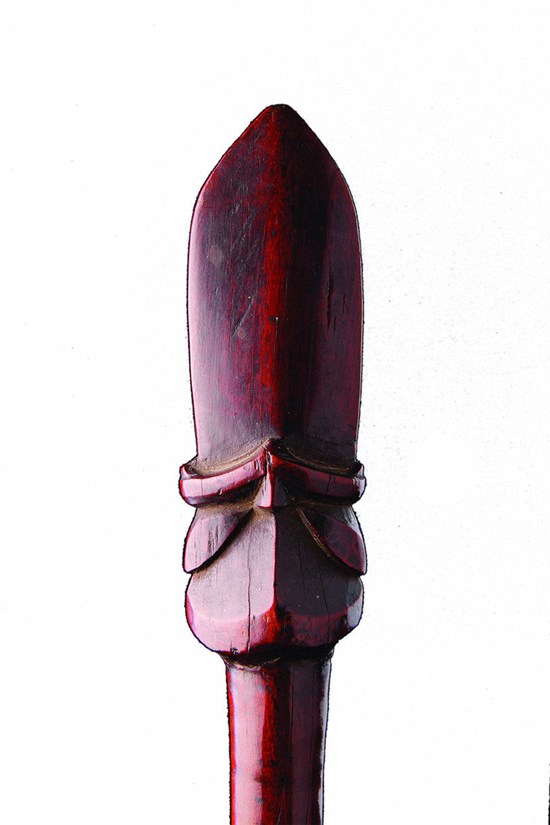 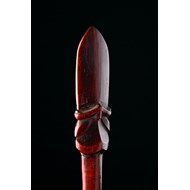 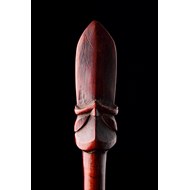 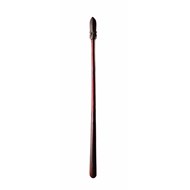