Caption Literature
A Pair of Alaskan Bering Sea Inuit Eskimo Sealskin Snow Boots
19th Century
Size: approx: 41cm high - 16 ins high
The Alaskan Inuit’s first line defence against the harsh climate was their clothing. On hunting trips lasting more than a day, a spare pair of boots and insoles would be taken in case the ones being worn became too damp or were torn. Men’s boots come to just below the knee and are made with hard, oil tanned sealskin soles and sealskin uppers. The soles bend around the foot and are crimped at the toe and heel. A strip of tanned sealskin is used to join the sole and upper part of the boot.
Feet perspire more readily than most other parts of the body and are therefore particularly susceptible to frostbite. In order to keep a hunter’s feet warm and frost-free a pair of twined grass socks are worn inside the boots. These provide insulation, absorb water which might penetrate the outer boot and perspiration, thereby keeping the wearer's feet relatively dry. At night the wet grass socks are hung up and dried and are then ready to be worn again the next morning with the sealskin boots. 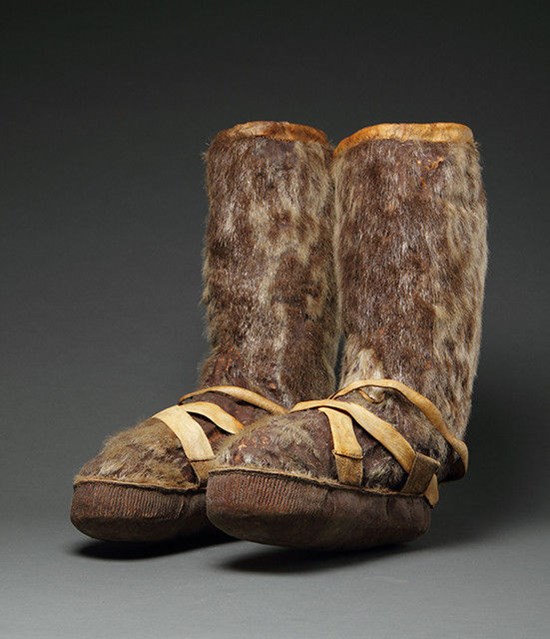 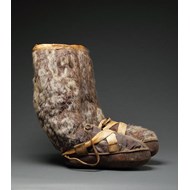