Caption Literature
A Rare Northwest Coast Nootka ‘Nuu-Chah-Nulth’ Chiefs Whale Bone Sword Club the Handle Carved with a Stylised Profile of an Open Beaked Thunderbird the Blade Decorated on each Side with a Frontal View of an Abstract Figure with Oval Face a Stone Drilled Hole to One Side for a Wrist Thong
Old worn smooth untouched patina of a rich colour
An old small chip to the end of the blade
18th Century
Size: 51.5cm long, 7cm wide, 1.5cm deep - 20 ins long, 2¾ ins wide, ¾ ins deep
These clubs were more than just a weapon, they were important symbols of status and the prestige of chiefs who gave the clubs ceremonial names. They were linked to the whaling traditions of high ranking families as whaling was a privilege accorded to hereditary chiefs. The shape and design of these clubs seems to have been traditionally limited to minor variations of an ancient form that goes back to 2000BC. The imagery of the thunderbird symbolises the power of the mythical world of the Nootka.
Captain Cook collected over 230 documented objects on his third voyage and over half of these originate from the Nootka. Members of the voyage commented on the whalebone sword clubs they collected and compared them to the Maori patapatoos. The ship Resolution was anchored off the West Coast of Vancouver Island from March to the end of April 1778 to undertake urgent repairs, and so they were able to visit and study the settlements in the rainforest territory around Nootka Sound over a few weeks, and many objects were traded with the people who are today known as ‘Nuu-Chah-Nulth’. 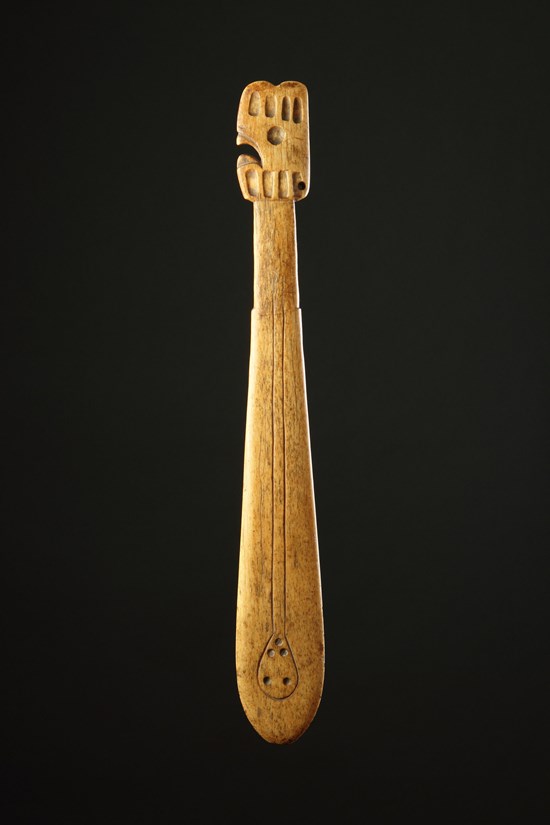 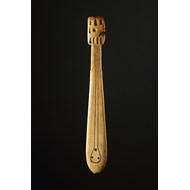 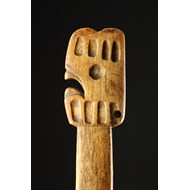 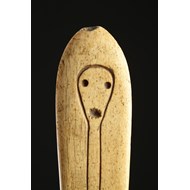