Caption Literature Exhibition
A Native American Plains Lakota Sioux Pipe Tomahawk with a Rawhide Thong Grip Wrapped in Porcupine Quillwork Stained Red White and Blue and with Attached Brass Beads Tin Cones and Red Feather Danglers the Iron Blade and Pipe of English Type Attached to a Straight Wooden Haft
The Mouthpiece Chewed and Worn Smooth
Mellow Silky Patina
Circa 1830 – 1850
â€¨Size: 54cm long - 21¼ ins long
Blade: 19cm high - 7½ ins high
The early pipe tomahawk was a large heavy headed practical weapon made of iron, and was associated with close hand-to-hand combat. After 1870 they were no longer needed in warfare and they became much larger and more decorative, suited to their use in ceremonial parades as chiefly symbols of prestige.
The pipe tomahawk is unique in Native American life. Most peoples across the world produced and used cutting axes and pipes for smoking, but it was only in North America that these two functions were fused into a single object. Over a period of 250 years the pipe tomahawk was used on different occasions as a ceremonial and symbolic object, a functioning tool, a weapon of warfare and as a chief’s sceptre. It has become the implement most associated with the Native Americans of the Plains.
NOW SOLD
Similar items required for stock - please contact with details 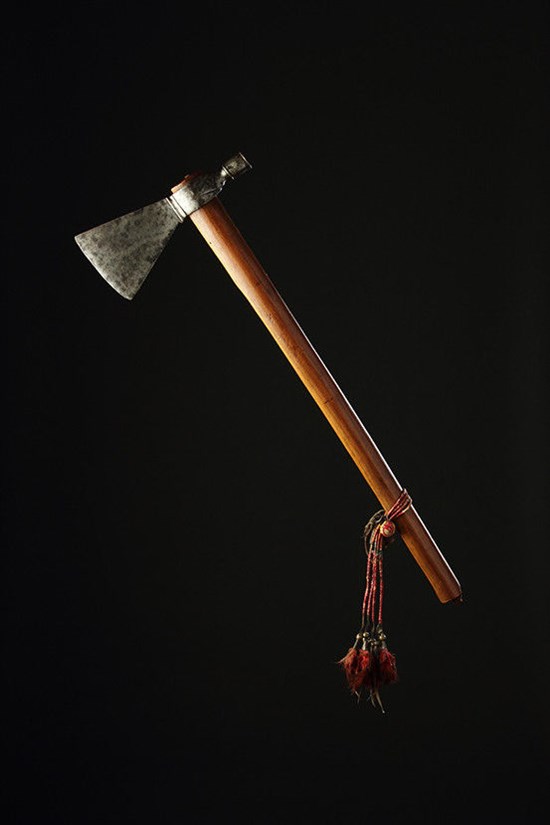 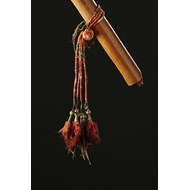 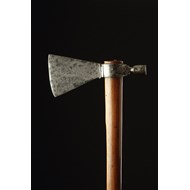 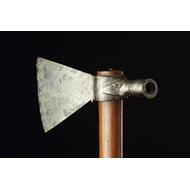 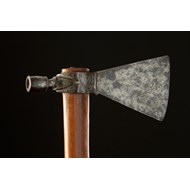 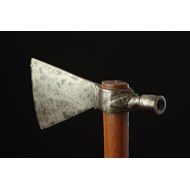