Caption Literature
A Rare Large Amazonian Tapirapé Semi Circular Ceremonial Enemy Warrior Dance Mask ‘Upé’
Early 20th Century
Size: 92cm high, 80cm wide - 36 ins high, 31½ ins wide
119cm high - 47 ins high (with stand)
Tapirapé enemy warrior or ‘Upé’ masks are the largest and most distinctive masks produced in the lowlands of the Amazonian forests. They are constructed of blue, yellow and scarlet macaw feathers affixed to a wooden panel with beeswax, with the fringe of feather plumes inserted into a splint border. The flashing rectangular eyes are freshwater mother-of-pearl inserts and the roundels on the cheeks are said to represent ear plugs moved inward on the face by artistic convention. This mask is a rare survival as in the Amazon they are very soon devoured by insects no matter how carefully they are stored.
The feather headdress to the South Amerindian man is as important as a fine club. It is an ultimate power object with which they can show off like decorated dandies putting on a display for plain, but highly selective and choosy, females. In a cleared area they dance displaying their brightly coloured plumes, replicating the mating grounds of tropical forest birds.
In the early 16th century Brazil was known as ‘the land of Parrots’ as in 1493 Christopher Columbus had brought back the first live parrots to Europe. People were astonished by the electric colours of their feathers which have had a strong influence on fashion design ever since. The South Amerindian kept parrots, toucans, macaws and harpy eagles as pets in their villages and feathers were plucked from them, or gathered when they moulted, for use in headdresses and decorative adornments and these would grow back renewed even more brightly coloured than before. Feathers and captive birds were traded across the entire area of the Amazon with the most brightly coloured regarded like gold dust in Europe; a highly valuable commodity. 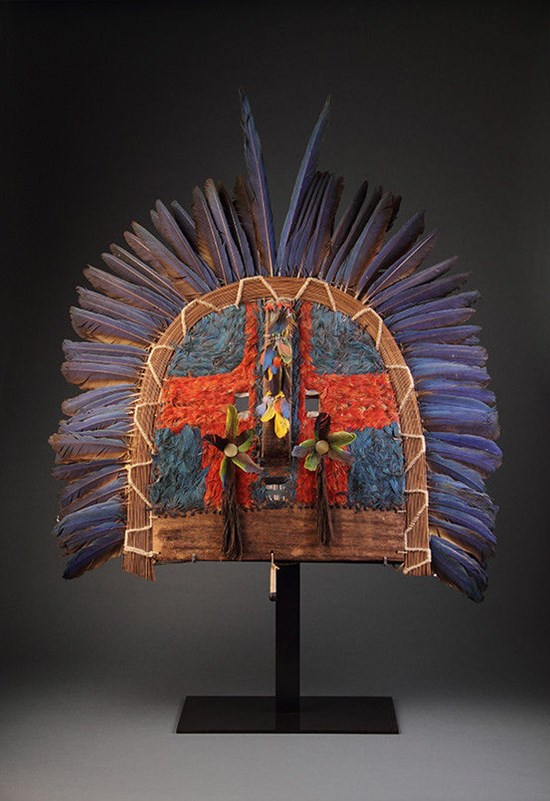 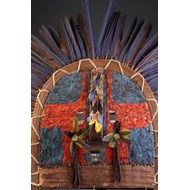 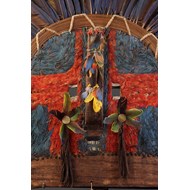 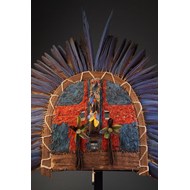